"Without Disruption There Is No Progress": Activists Shape Conversations on the Campaign Trail 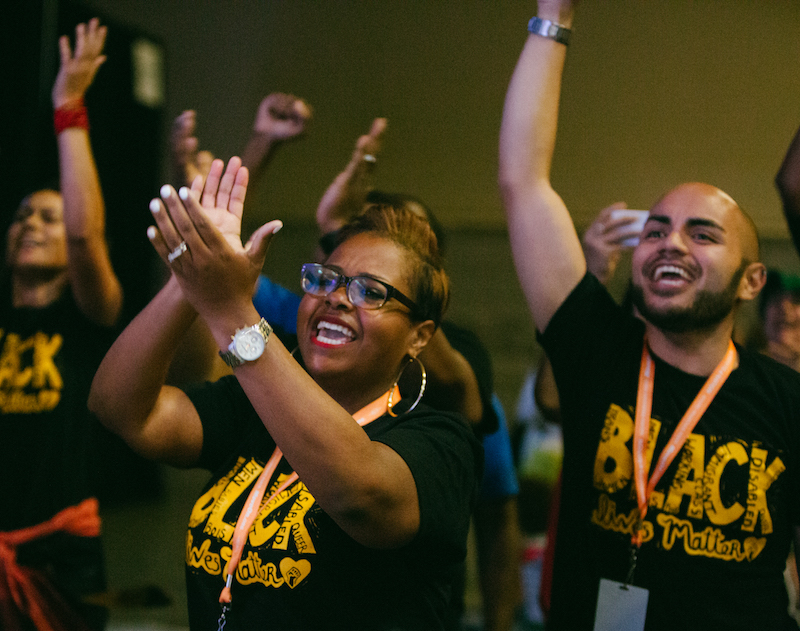 On March 11, a rally planned by Donald Trump on the campus of the University of Illinois at Chicago was canceled because of protests from black, Muslim and Latino student activists. Hundreds of demonstrators showed up at the arena before Trump arrived, causing him to cancel his appearance. Though Trump had recently encouraged his supporters to beat up protesters, after several fights broke out on the campus he referred to the protesters as “thugs” and “bad dudes.” He also said he would pay the legal fees of a Trump supporter who got arrested for sucker-punching an African-American protester.

“I’m protesting because I’m black and Mexican, and I’m not sure where he wants to deport me to, but I deal with racism daily in Chicago, and I’ve had enough,” Maria Hernandez, a 25-year-old activist, told CNN. 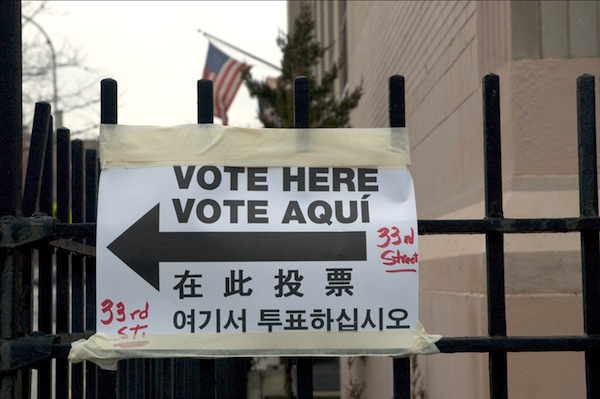 In the face of Donald Trump’s anti-immigrant positions, activists hope to drive Latino voters to the polls this November. PHOTO: Kim Bost/Flickr

Activists of color have been getting involved in many ways during this year’s presidential campaign, from interrupting rallies to hosting voter registration drives.

At a private fundraiser in February, two Black Lives Matter activists confronted Hillary Clinton about a comment she had made in 1996 about mass incarceration and the black community. They were escorted out by Secret Service agents. She later apologized for using the term “superpredators.” “Looking back, I shouldn’t have used those words, and I wouldn’t use them today,” she announced.

In Phoenix in July 2015, Black Lives Matter staged a protest at a Democratic rally, demanding that the candidates list the names of black people who had recently died at the hands of the police. The next day, they received their answer from Bernie Sanders at a rally in Houston when he listed names during his speech.

“I think it’s really wonderful that Black Lives Matter activists are participating in this electoral period in this way, forcing candidates to speak on issues about which they might not speak,” said author, activist and scholar Angela Davis.

Black Lives Matter as a whole has decided not to endorse a candidate. “It’s too early in the development of the network […] to rally around anyone in particular who hasn’t demonstrated that they feel accountable to the Black Lives Matter movement or network,” said Alicia Garza, one of its founders. 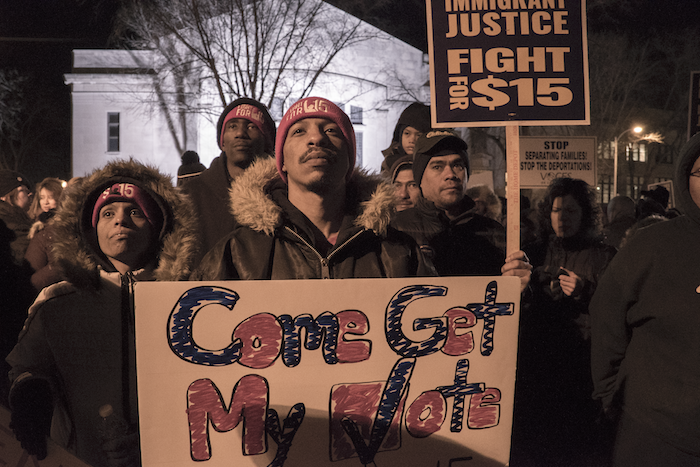 In November 2015, low-wage workers with the Fight for $15 campaign joined Black Lives Matter activists in the streets. Their hope has been to make their struggle a priority for the 2016 presidential candidates. PHOTO: Joe Brusky/Flickr

Activists are also hoping to impact the election by getting more people of color to register to vote. The National Partnership for New Americans plans to assist 1 million immigrants in applying for American citizenship and then register them to vote. Latinos generally have a lower voter turnout, even though they are the second-largest racial or ethnic group in the country, but activists hope voters will be driven by Trump’s anti-immigrant positions to head to the polls this November.

Muslim groups including the Council on American-Islamic Relations have also planned to register a total of 1 million new voters by Election Day.

“As a Muslim, I feel threatened,” Salim Jaffer, a gastroenterologist living in Lansing, MI, told Religion News Service. “It’s as if someone is trying to take away my civil rights. Think about it. Donald Trump thinks we should stop immigration of Muslims coming into this country.”

As the election gets closer, activists say they will continue to disrupt rallies and put pressure on the candidates in order to be heard.

“Without disruption there is no progress,” said Patrisse Cullors, a Black Lives Matter leader.