Will the Thaw Continue in Korea Without the Olympic Flame? 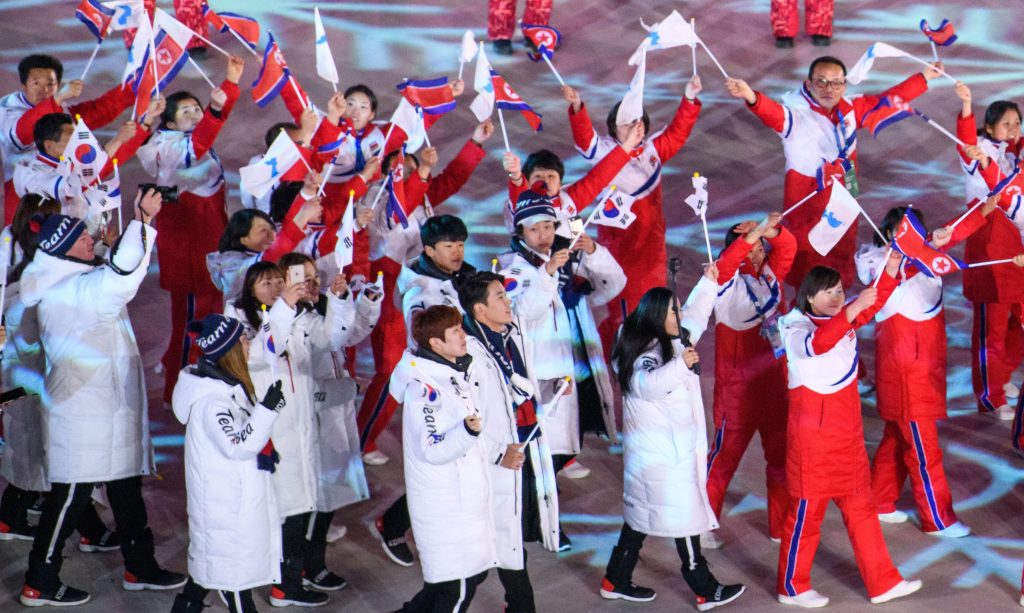 Athletes from North and South Korea together at the closing ceremony of the 2018 Winter Olympics in Pyeongchang.
Credit: From Wikimedia Commons, the free media repository

In February, North and South Korea marched under a “unified Korea” flag in the opening ceremony of the Winter Olympics in Pyeongchang, South Korea, an event South Korean President Moon Jae-in called a “festival and celebration of peace.” During the ceremony, Moon shook hands with North Korean leader Kim Jong-un’s sister, Kim Yo-jong—the first member of the ruling family to set foot in South Korea since the Korean War truce in 1953. In addition, North and South Korean athletes have competed as one team in the women’s ice hockey event.

The Winter Olympics came after months of tensions, including President Trump threatening North Korea with “fire and fury like the world has never seen.” North and South Korea have tried to fix ease military tensions through sports in the past, dating back to the 1960s, but with limited success. “We hope that the dialogue between the two Koreas will be able to lead to dialogue between the United States and North Korea, and eventually denuclearization,” said President Moon.

In March, after South Korean special envoys visited Pyongyang for the first time in a decade, North Korea announced it would stop nuclear testing in order to hold talks with the United States. However, it remains to be seen whether the Olympic spirit of cooperation ultimately will turn out to be symbolic, or if it will translate to political unity.

“Regardless of politics or whatnot, we met the North Korean athletes, we played sports together and ate together,” said South Korean hockey player Han Soojin. “That’s why I will be sorry to say goodbye.”