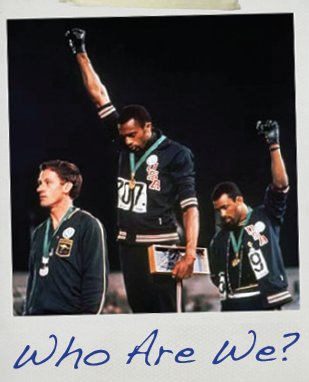 1. We won the silver, gold and bronze medals for the 200 meter race in the 1968 Olympics in Mexico City.

2. Two of us made the Black Power salute with our fists raised to protest racism in the United States. We went shoeless to represent black poverty. One of us wore a jacket unzipped to show solidarity with workers.

3. One of us is a white Australian who was supportive of the protest action and helped plan it.

4. The two of us who made the salute were kicked out of the Olympic Games for our political action and received death threats. Decades later, we received awards and documentary films have been made about our protest.