Weird and Wacky Weather: is El Niño to blame? 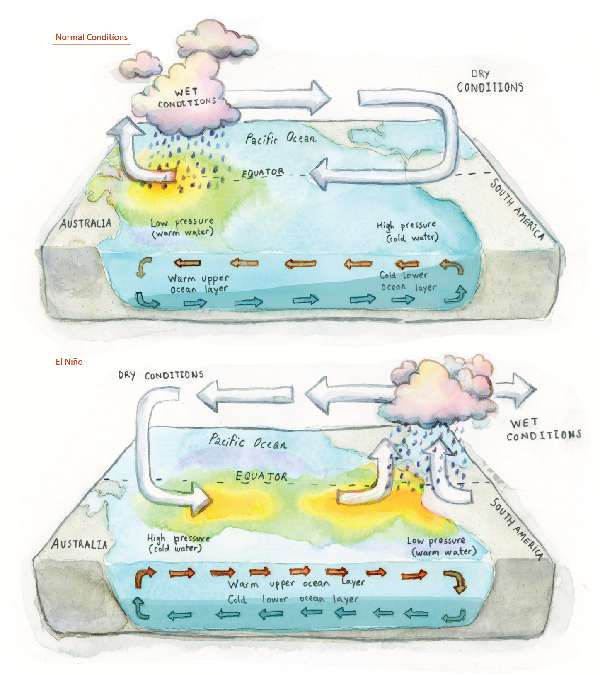 Warm surface water in the Pacific Ocean changes the air pressure and leads to unusually wet and dry weather conditions across the globe, resulting in a weather pattern known as El Niño. ILLUSTRATION: Ivette Salom

On Christmas Eve, when East Coasters are usually bundled up having hot cocoa, New York City hit a record 72 degrees, even warmer than Southern California! Scientists think the reason for this unusual weather is El Niño, a weather pattern in the Pacific Ocean that has caused major problems in other parts of the world. But could El Niño alone be responsible for such record temperatures?

Scientific American says the 2015-16 El Niño has been one of the three strongest in recorded history, with serious problems like famine, floods and sickness resulting from strange weather patterns, rain and temperature. But what is El Niño? How is it related to climate change?

What is El Niño?

El Niño is a naturally occurring weather pattern that happens every two to seven years. It begins in December or January and can last up to 12 months, usually starting in the Pacific Ocean and then moving east across North and South America. At its strongest, El Niño goes farther east and impacts other parts of the world.

El Niño moves across the equator. The equator is hot because it is closest to the sun, which warms the waters in the central Pacific Ocean. These warm surface waters interact with cold surface waters to create high and low pressure in the air above the ocean, causing unusual changes in weather.

The second phase of the weather pattern, La Niña, goes west instead of going east and brings cooler ocean temperatures. Both can cause heavy rain, tropical cyclones, drought and warm and cold temperatures that stay in place for longer than normal.

Is El Niño Responsible for Record Temperatures, or is Climate Change to Blame?

Climate change may be making the effects of El Niño more extreme.

A report published by Science says that El Niño has become more intense over the past century, suggesting that as global warming continues, El Niño may become increasingly volatile.

“Yes, the randomness of weather is playing a role here. But these events have been supercharged by an atmosphere made warmer and moister by human-caused climate change,” said Bob Henson, a meteorologist and climate blogger for Weather Underground.

According to the World Meteorological Organization, each month of 2015 saw record-breaking temperatures.

“Due to a warmer and moister atmosphere,” said assistant professor Baylor Fox-Kemper of the University of Colorado, “the impacts of El Niño are changing even though El Niño itself doesn’t change.”

Millions Around the World Suffer Due to El Niño 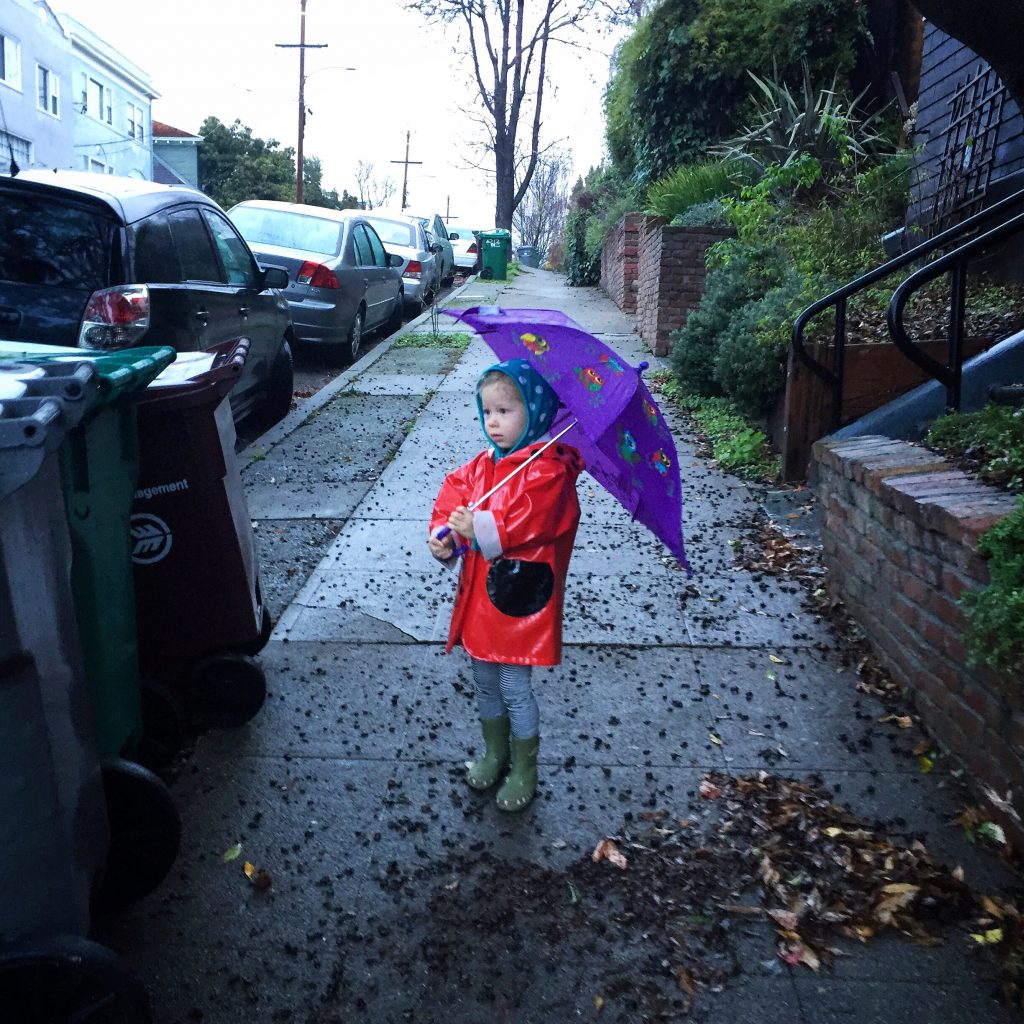 El Niño deeply affects countries around the world, causing droughts and massive floods. In particular, countries and communities with high poverty in Asia, the Americas, the Caribbean and Africa which are close to the equator have suffered the most.

The current cycle of El Niño, which began in 2015, is causing floods that are forcing people out of their homes in Brazil and Uruguay. Paraguay is having its worst flood in 50 years. In other parts of the world, countries are having terrible droughts and people are in danger of starvation, malnutrition and dehydration due to the lack of food, water and medicine.

“Millions of people in places like Ethiopia, Haiti and Papua New Guinea are already feeling the effects of drought and crop failure. It’s already too late for some regions to avoid a major emergency,” Jane Cocking, Oxfam Great Britain’s humanitarian director, told the Guardian.

The United Nations is trying to get other countries and international communities to give more aid to suffering countries.

Stephen O’Brien, the U.N. undersecretary-general for the coordination of humanitarian affairs, said at a U.N. meeting, “If we act now, we will save lives and livelihoods and prevent an even more serious humanitarian emergency from taking hold.”

Glossary of Terms:
Equator: A latitudinal line that goes around the middle of the Earth.
Tropical cyclone: What happens before a hurricane.