Voting Rights in the 2016 Election 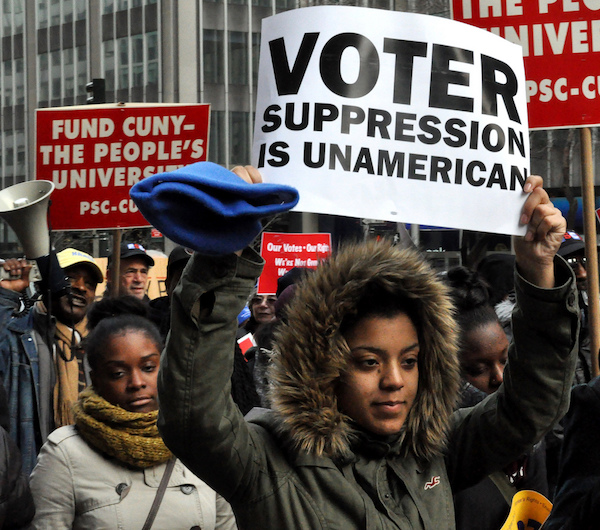 As the 2016 presidential election nears, multiple voting issues have arisen. In North Carolina, a law created in 2013 by a Republican legislature was overturned by three federal judges because it was discovered to be targeting African American voters. The 4th circuit court located in North Carolina examined the law and found that the Republican legislature asked colleges and universities for statics on African American voters. They found that African Americans were less likely to have a driver’s license, utilized early voting more often, and were more likely to vote outside of their precinct. They were also more likely to vote for Democrats, which is why some people speculate that the restrictions were originally passed. Judge Motz wrote, “That cannot be accepted where politics as usual translates into race-based discrimination.”

North Carolina is not the only state with voting laws that are restrictive against African American voters. In April this year, Democratic Governor Terry McAuliffe of Virginia signed a document allowing more than 200,000 former felons the right to vote. Republicans disagreed with his authority to issue such an executive order and sued him. A court overturned his order, but the governor vowed to individual restore rights to each felon.

Virginia is one of only three states that still prohibits felons from voting after they’ve completed their prison sentence. Governor McAuliffe said that he was trying to overturn a racial injustice since African Americans have a higher incarceration rate. “”I mean, they’ve served their time. They’re done with the system,” he told NPR in an interview, “People make mistakes in life. You shouldn’t have to live with that for the rest of your life.”

Anthony Puryear, a former felon agrees. “It doesn’t do anybody any good to try to disenfranchise anybody and make it harder for them to reintegrate themselves into society,” he said.

The recent surge in voting right legislation is in part due to an ongoing conversation concerning the 13-16th and 19th amendments in the United States constitution, which ensure voting rights for all Americans. The Voting Rights Act of 1965 meant that states with a history of voter discrimination used to be closely monitored. November 8 will mark the first presidential election since the act was overturned.