The Wind Beneath Denmark’s Wings 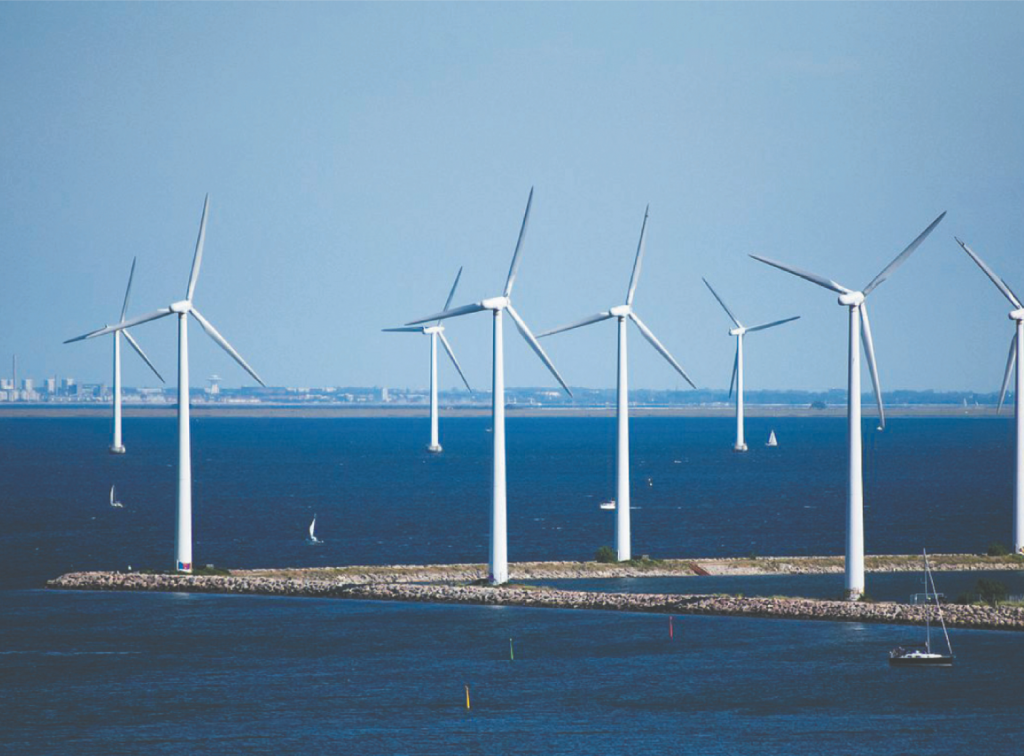 Wind turbines off the coast of Copenhagen, Denmark.

Wind power is a good option for Denmark because it is a peninsula, meaning it gets a lot of wind coming off of the surrounding waters. In fact, in the summer of 2015, Denmark had such windy conditions that it generated 140% of its electricity from wind. Denmark exported the extra electricity to Sweden, Norway, and Germany.

“It shows that a world powered 100% by renewable energy is no fantasy,” said Oliver Joy, a spokesman for the European Wind Energy Association.

Best of all, many regions of the world can take advantage of wind power, because windy conditions exist across a variety of land formations. The most common places to install wind turbines are offshore to catch ocean breezes and windswept plains.

Peninsula: A body of land surrounded by water on three sides.