The Draft Haunted Many People, But Some More Than Others 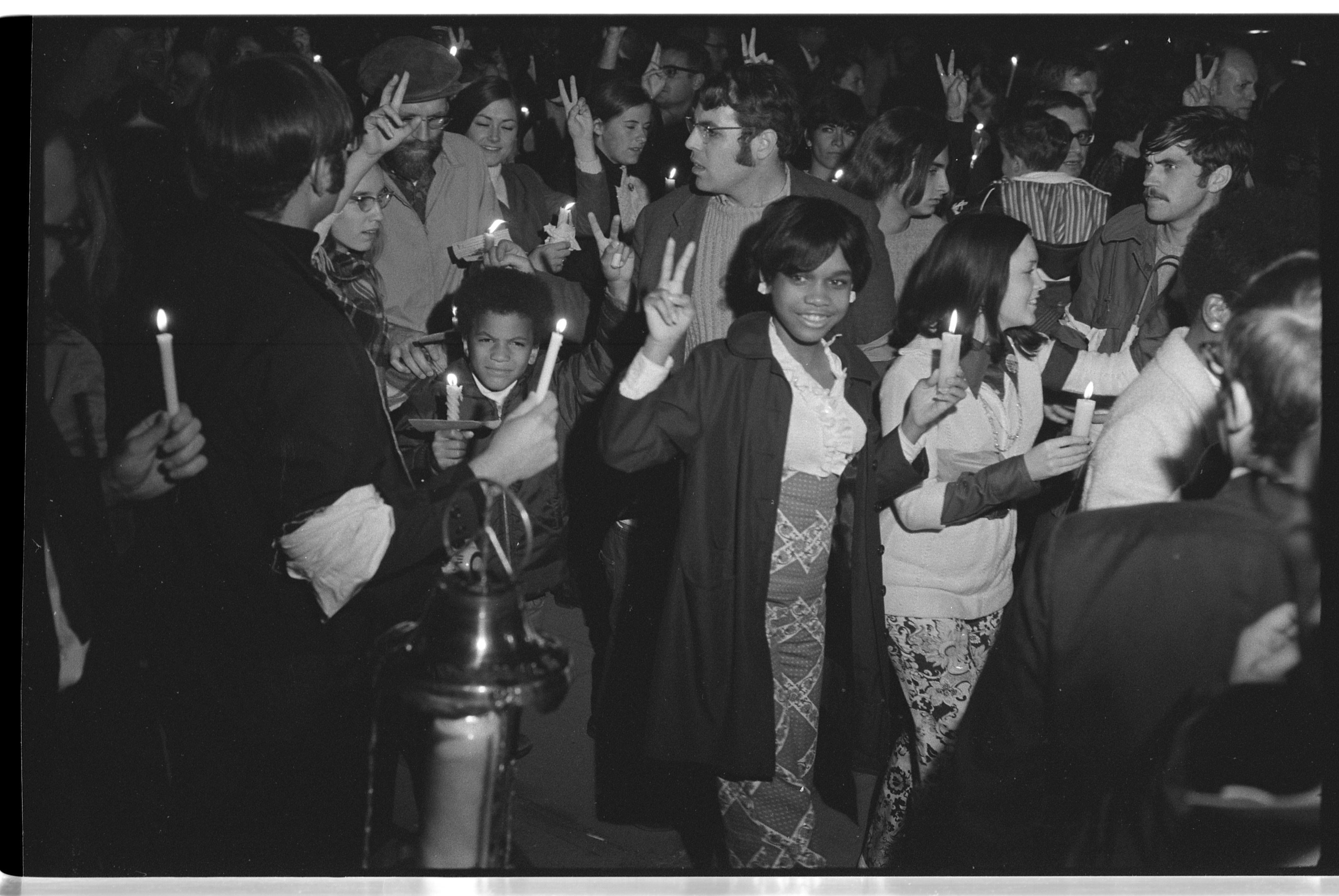 Military conscription, or the draft, was a way for the United States to keep a steady amount of troops in the military during wartime. During the Vietnam War, between 1964 and 1973, 2.2 million American men were drafted. While 27 million  were eligible for the draft, selection was not equal. Wealthy and middle-class men, or those with college degrees or wives and children, were disqualified more than those who were poor, uneducated or minorities — above all, African Americans. In 1967, African Americans made up 23% of combat troops in Vietnam, but only 11% of the civilian population.

The discrimination didn’t end there. Many black soldiers were given the hardest work. A 1970 Army study of the 197th Infantry Brigade reported that black soldiers frequently complained that “white NCOs (non-commissioned officers) always put black soldiers on the dirtiest details.” According to the New York Times, black soldiers often “complained that they are discriminated against in promotions.” African Americans made up only 2% of the officer corps. Additionally, when African Americans taught white trainees, the white soldiers were promoted more quickly than the soldiers who trained them.In the antiwar movement, African-American draft resisters didn’t report for induction when called, attempted to claim disabilities or, as boxer Muhammad Ali did, declared themselves conscientious objectors because of their religion. Ali’s conscientious objector status was rejected, but the heavyweight champion refused to be drafted. He was consequently stripped of his title, suspended from boxing and convicted by an all-white jury in 1967, though the Supreme Court would overturn the conviction four years later.

Soldiers also went AWOL (absent without leave) and fled to Canada through underground railroad networks of antiwar supporters. African Americans protested about how they shouldn’t fight for a country that didn’t give them basic human rights or with a country they felt was also oppressed. The Student Nonviolent Coordinating Committee (SNCC) issued a statement against the Vietnam War. “Our work, particularly in the South, taught us that the United States government has never guaranteed the freedom of oppressed citizens,” said SNCC leader Bob Moses, relating the experience of the civil rights movement to the war on the Vietnamese people.

While women were excluded in the draft, African-American women played a significant role in the antiwar movement. The National Black Anti-War Anti-Draft Union was co-founded by activist Gwendolyn Patton. They were concerned with imperialism, gender and racism. She suspected, but never proved, that the U.S. government was drafting African Americans to exterminate them.

Glossary:
Conscription – compulsory enlistment to the armed forces.
Conscientious objectors -refusing to serve in the armed forces or bear arms on moral or religious grounds.
Oppressed – cruel or unjust use of power or authority.
Imperialism – the idea of expanding one’s territory by taking over the territory of another.