IndyTeens: The American Virus: “The Absence of a Coherent Federal Leadership That Puts Public Health First” 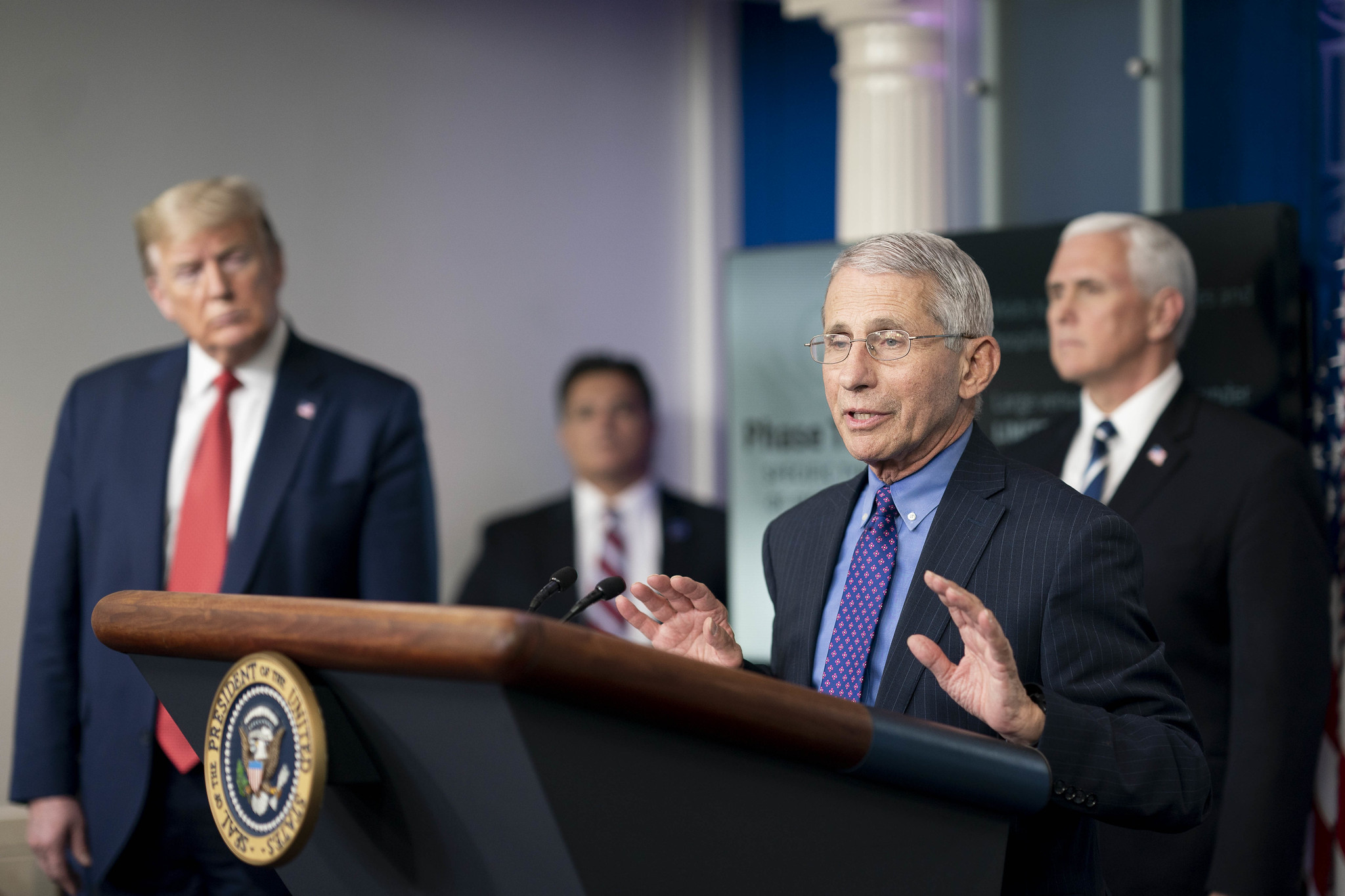 “I’ll be right eventually. You know, I said, ‘It’s going to disappear.’ I’ll say it again,” President Trump said in an interview with Fox News in mid-July. This comes after COVID-19 cases in the United States have reached 5.5 million cases, 171,000 deaths by mid-August. Why is it that places such as New Zealand and Taiwan had been reporting cases near zero? For Taiwan, the moment cases spiked early this year, a travel ban was set on surrounding countries, and masks were mandated. Meanwhile, America seems to only water the plant that COVID-19 is, through false claims, false statistics and a false sense of hope.

Even while people were expressing deep concern about the pandemic, the White House Coronavirus Task Force failed to hold a briefing for almost two months, according to Business Insider. The nation’s top infectious disease expert, Dr. Anthony Fauci, reported not having spoken to the president in over two weeks during July. Dr. Fauci told USA Today how “it’s pretty tough walking a tightrope while trying to get your message out and people are trying to pit you against the president.” This mix of pressure from the public and federal government has made it difficult for Dr. Fauci to express the severity of COVID-19.

With the lack of federal government support, hospitals are being strained of vital resources. State and local governments have to “call their own shots,” according to President Trump. Angela Rasmussen, a virologist at Columbia University, told Vox, “We are witnessing what happens in the absence of a coherent federal leadership that puts public health first.” With the lack of leadership, and pressure solely on the state governors, recovery has been slow. The lack of supplies has led governors to request supplies from the Strategic National Stockpile. However, White House adviser Jared Kushner said the stockpile was not meant for states, contrary to prior beliefs. States found themselves having to fight over who gets what.

Even more puzzling is how Trump feels about COVID-19 testing, and how he is handling statistics crucial to scientists not just in the United States but globally. “If you don’t test, you don’t have any cases,” Trump stated on June 15 at the White House. “If we stopped testing right now, we’d have very few cases, if any.” The logic here doesn’t work out. If testing isn’t done, results will show less cases, but it doesn’t mean they’re nonexistent.

All coronavirus hospital data has been rerouted through the Department of Health and Human Services (HHS), bypassing the Centers for Disease Control and Prevention (CDC). “The new faster and complete data system is what our nation needs to defeat the coronavirus,”  said Michael Caputo, assistant secretary for public affairs for HHS. “The CDC … will certainly participate in this streamlined all-of-government response; they will simply no longer control it.”

However, any data that goes in is not open to the public unless Trump decides to reveal it. This not only develops trust issues with the public, it degrades the transparency of how bad this virus really is, and will affect scientists and doctors nationwide who need those numbers to continue to save lives.