The 1619 Project: Revealing the Truth About Slavery and Its Legacy 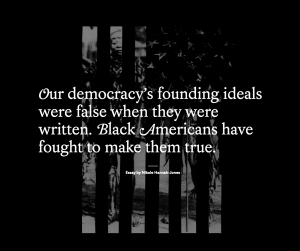 On a warm sunny day, New York Times journalist Nicole Hannah-Jones stands on shoreline of Old Point Comfort, Virginia, with the waves lapping beside her and the seagulls chirping above. In the first epsiode of the 1619 podcast, she pauses for a moment to imagine what her ancestors and the millions of other Africans brought here by force and sold into slavery went through.

On the 400th anniversary of when the first 20 enslaved Africans arrived here, Nicole Hannah-Jones and other New York Times journalists created The 1619 Project to commemorate that fateful moment and to tell the story of how slavery and its legacy created the country in which we live today.

Through a mix of journalistic articles, essays, poetry and a podcast, The 1619 Project, published on August 18, 2019, argues that the beginning of what is now known as the United States isn’t July 4, 1776, but August 20, 1619, when that first ship arrived in Port Comfort, because “No aspect of the country that would be formed here has been untouched by the 250 years of slavery that followed.”

The 1619 Project exposes myths surrounding slavery and assumptions about enslaved people’s arrival in the Americas. It also highlights the hypocrisy in the founding ideals of this nation. For example, Nikole Hannah-Jones writes about how the Declaration of Independence’s guarantee of equality for all people was not true for black Americans.

Centering the stories of African Americans, The 1619 Project makes connections between the legacy of slavery and contemporary circumstances—how racial inequality plays out today in terms of the economy, healthcare, urban planning and mass incarceration (the prison system).

For example, there are essays which show how the roots of our economy are founded on the labor of enslaved people, as well as how myths about racial differences formed during this time continue to impede black Americans’ access to healthcare and treatment.

It also talks about how the legacy of slavery could be seen in the government’s response to the aftermath of Hurricane Katrina in 2005 in New Orleans, as well as and how racial inequality plays out today in other ways.

In addition to the challenges and suffering, The 1619 Project also talks about African Americans’ resistance, resilience and how they have thrived, as well as how they have been central to building a more democratic society in the United States, as well as their influence on all aspects of society, including music and culture.

The 1619 Project is intended to be used for educational purposes, with curricula and guides made by the Pulitzer Center.

Legacy – Something transmitted by or received from an ancestor or predecessor or from the past.

Commemorate- Remember and show respect for something.

Hypocrisy – Pretending to have good qualities or beliefs that you do not really have, or your actions are opposite to what you are saying.

Resilience – The capacity to recover quickly from difficulties. 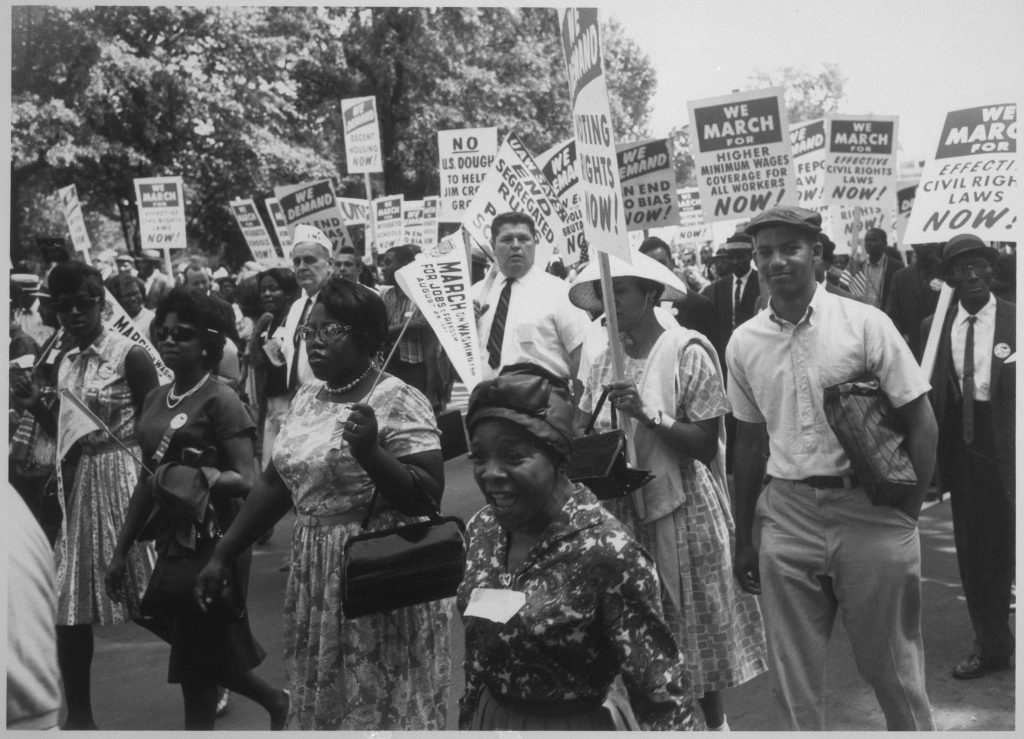