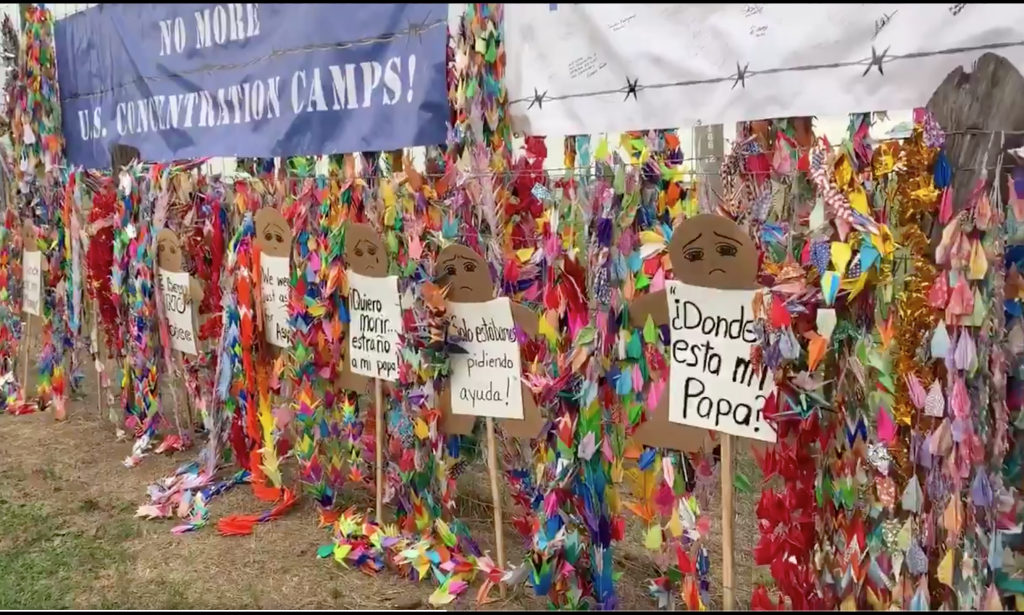 A group of Japanese Americans incarcerated during World World II (WWII) staged a peaceful protest at a family immigration detention center in South Texas, because they don’t want the history of injustice to repeat itself.

During WWII, the United States imprisoned thousands of innocent Japanese-American families in concentration camps because Japan was seen as its enemy.

The coalition is protesting in solidarity with thousands of Central American women and children seeking asylum who are now being placed in immigration detention. Grace Shimizu, whose father was forcibly brought to the United States from Peru during WWII and detained in South Texas, told ABC, “We’re not just saying we feel your pain, we’re going further than that — it has to stop.”