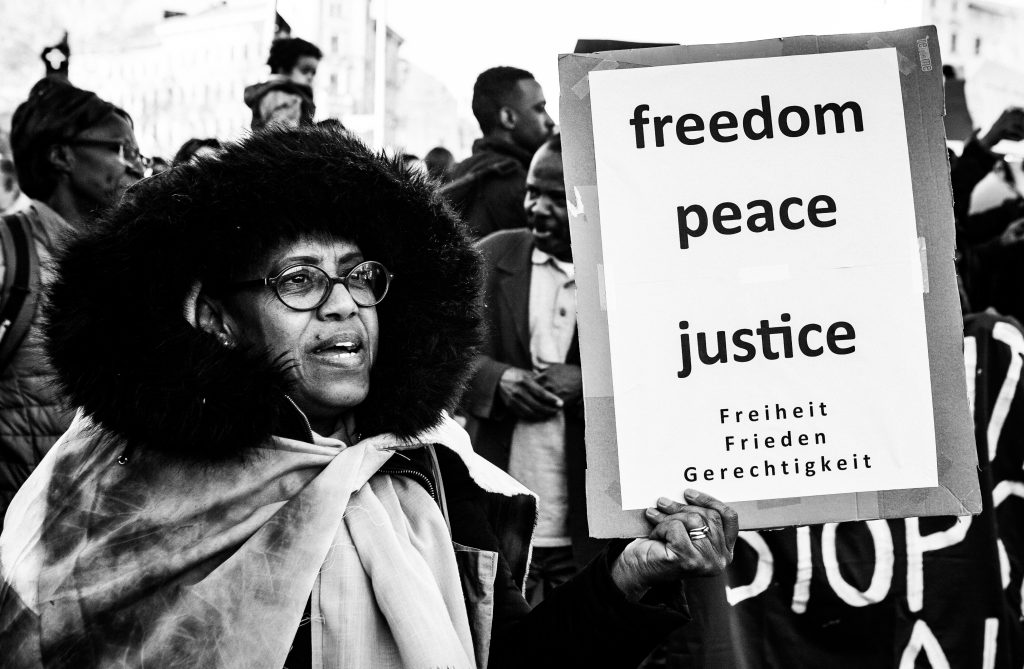 After about four months of continued protests, the Sudanese people managed to oust President Omar Hassan al-Bashir, whose brutal 30-year rule was marred by corruption, war and famine in the East African nation. This is the longest-running protest Sudan has seen in recent history.

Throughout the challenging months, protesters have remained committed to a peaceful revolution, despite attacks from armed forces, harassment and imprisonment.

Youth have played a major role in the protests. In December 2018, it was the young people who rode the historic “freedom train,” as they called it, from the city of Atbara to Sudan’s capital, Khartoum, to spark the revolution. Social media, street art and music have also been major platforms for people inside the country and in the Sudanese diaspora to share the news of what’s happening, as the country’s official media does not broadcast the revolution.

Women have also been powerful leaders in the pro-democracy movement, drawing inspiration from the long history of women’s political and professional movements in Sudan and the ancient women warriors known as “kandaka” from the Nubia region of the country. In one famous photo, a 22-year-old activist and journalist named Alaa Salah chanted from atop a car, “Sudan is for all,” celebrating Sudan’s rich cultural diversity, its African roots and calling for an end to the racism and tribalism that impacts everyone across all walks of life.