SpaceX Test Fires a Rocket That Could Send Humans to Mars 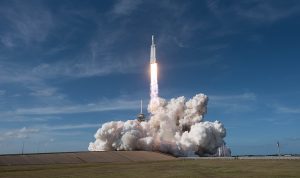 SpaceX is a private rocket and spacecraft company. Its goal is to get humans to Mars, the moon and beyond using reusable rockets. Right now SpaceX is working on its new engine, the Raptor, which was test-fired in Texas in early February. The Raptor is the engine on the company’s new spacecraft known as the Starship. SpaceX is currently working on sending actual astronauts and tourists to the moon and potentially Mars, but Jonathan McDowell from the Harvard-Smithsonian Center for Astrophysics told Forbes that the real test will be flight tests, which are different from firing engines attached to a test stand. The owner of SpaceX is billionaire Elon Musk. Musk has aspirations to send the first uncrewed cargo mission to Mars by 2022.