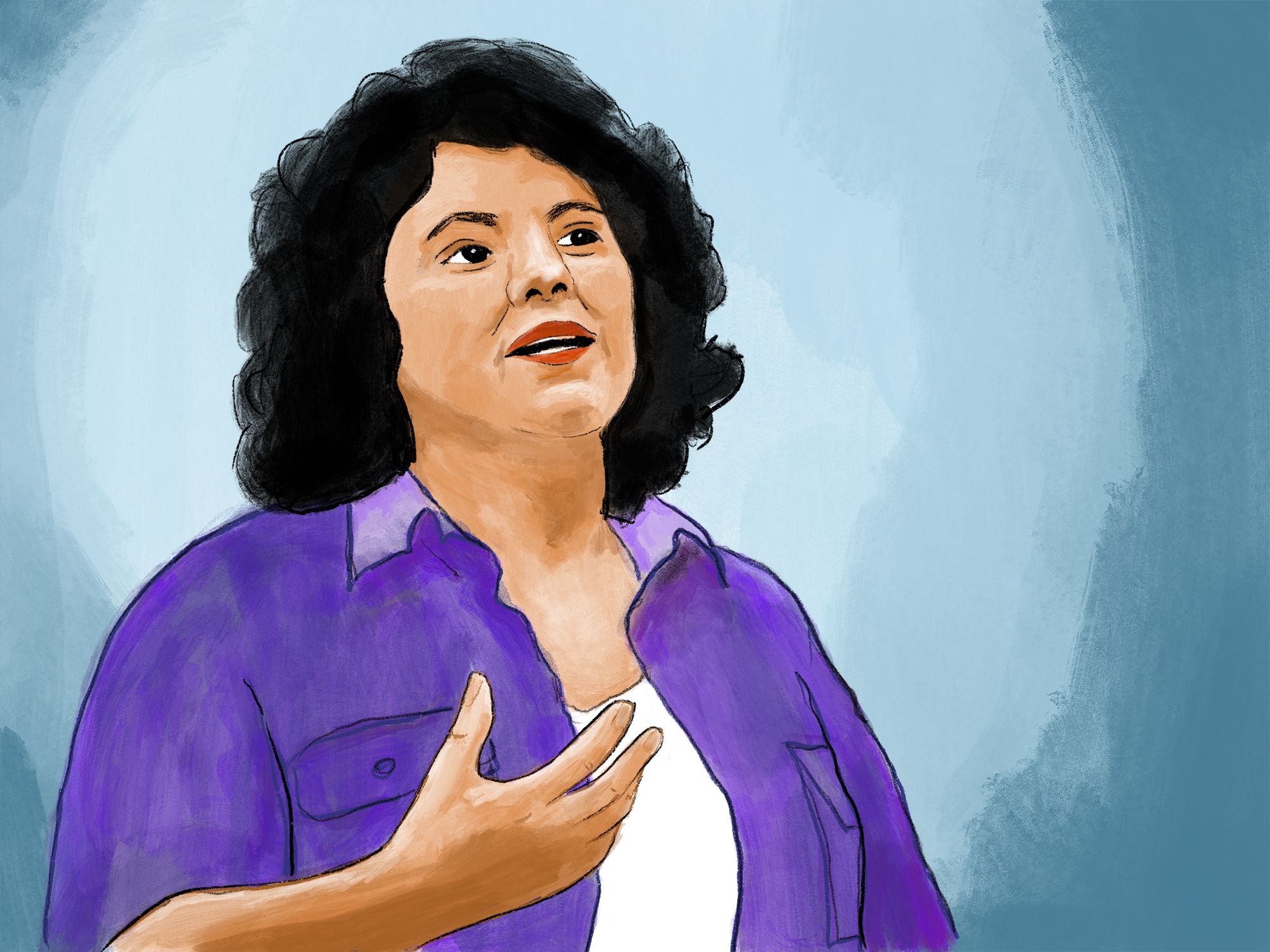 Cáceres was a Honduran environmentalist and founder of the Council of Popular and Indigenous Organizations of Honduras. She spent years defending indigenous land from large corporations, such as Desarrollos Energéticos (DESA), an energy company that was planning  to build a hydroelectric dam on the Gualcarque River, which is sacred to the Lenca people of Honduras. Cáceres’s efforts earned her the Goldman Environmental Prize.

The dam project was approved despite protests by the Lenca community, joined by other activists, such as Cáceres. DESA used its connections to powerful businesspeople like the Atala Zablah family to overrule the activists. At least two of the men sentenced for the murder worked for DESA.

Cáceres was shot by intruders in her home in 2016. Gustavo Castro, a Mexican environmentalist, was also shot but survived the attack. The New Yorker reported that police said Castro was responsible for the murder in a “crime of passion.” The Guardian reported that some of the evidence had been tampered with.

Despite this, eight men were charged in 2018, two years after Cáceres’s murder. Seven of them were sentenced in 2019; the eighth man was found not guilty. Construction of the dam was discontinued after Cáceres’s death.

Latin America continues to be a dangerous place for environmental activists. “Over the last decade there were more than 100 murders of environmentalists in Honduras. And these conflicts are often linked to the army and the police. That’s part of the reality of Honduras,” Castro said in an interview with The Intercept.