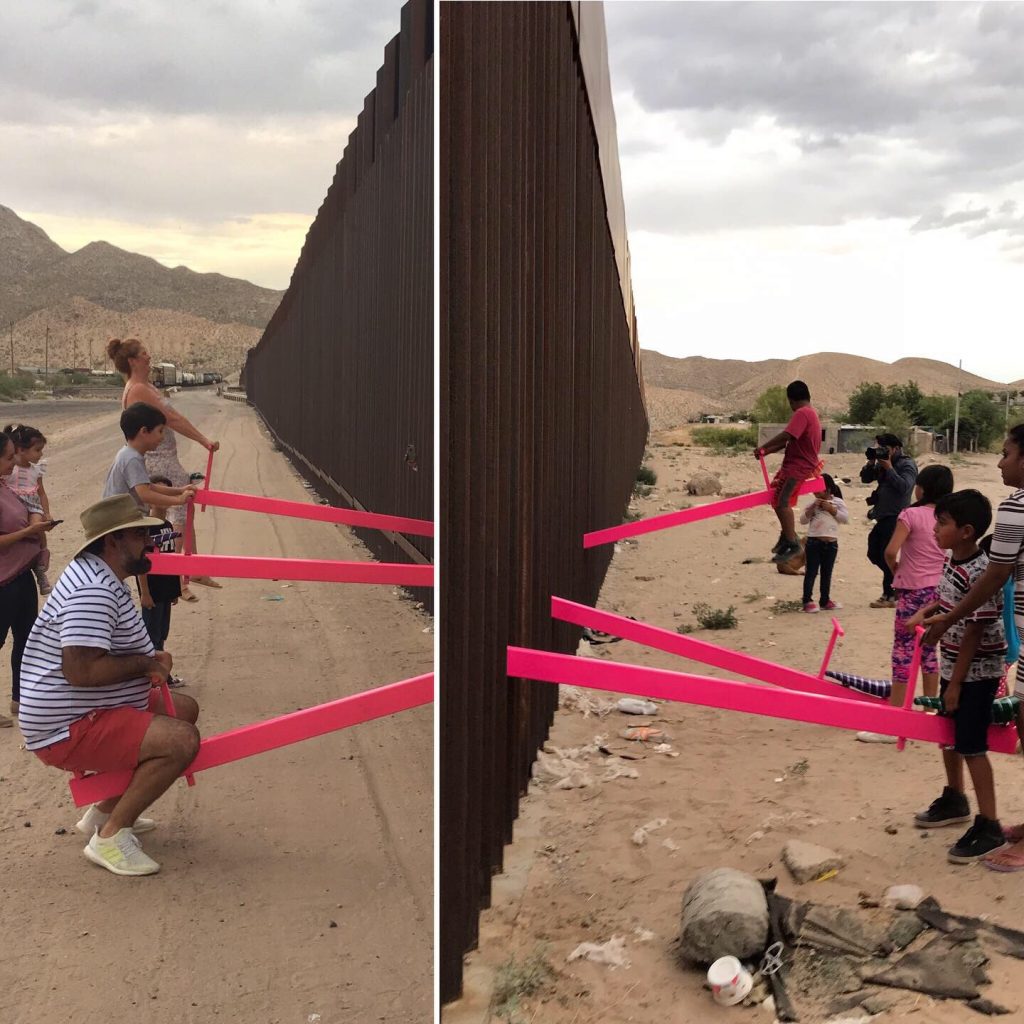 Three neon pink seesaws were installed through the U.S.-Mexico border on Sunday, July 28, for about 30 minutes, with the intent to gather kids of all ages to have fun, to be happy and to have conversations across the border — a border that many are not allowed to cross.

The creators, husband and wife Ronald Rael and Virginia San Fratello, are architecture and design professors, respectively, at California universities.

They wanted to emphasize the connection between the two countries. For this reason, in contrast to the increasingly restrictive and harsh treatment of migrants at the border, they wanted to create something positive. “If you do something on one side, it will have an impact on the other side. It’s the same with the seesaw,” Rael told the Associated Press.