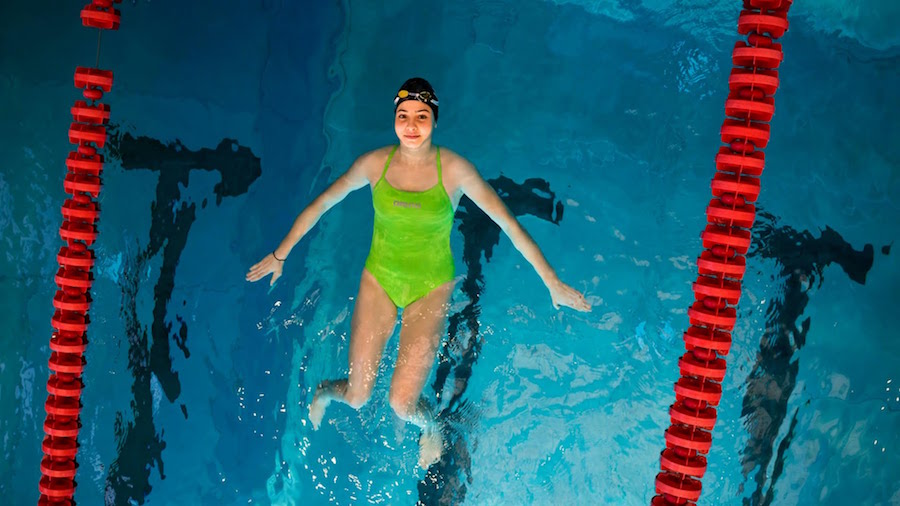 Syrian swimmer Yusra Mardini, 18, hopes to be part of the small team of Refugee Olympic Athletes that will compete at the 2016 Summer Olympics in Rio de Janeiro. PHOTO: ONU Brasil

Imagine losing everything in a war that killed more than 1.5 million people. Once you escape, you spend years at United Nations Refugee Camp Kakuma in Kenya. You have no source of income and no way to leave.

“I’m in a voluntary prison,” Elias Wondimu, an Ethiopian refugee at Camp Kakuma, told Fair Observer. “I was young when I arrived here 14 years ago.”

For a handful of refugee athletes, this year’s Summer Olympics will offer a chance to build a new life. In February 2016, the International Olympic Committee (IOC) announced that a team of Refugee Olympic Athletes (ROA) will join the 2016 Summer Olympics in Rio de Janeiro, Brazil. Kenyan Olympic runner Tegla Loroupe traveled to Camp Kakuma to hold tryouts for the new Olympic team, which will include between five and 10 athletes. Thomas Bach, IOC president, told the Guardian, “Having no national team to belong to . . . these refugee athletes will be welcomed to the Olympic Games with the Olympic flag and with the Olympic Anthem.” Refugee Olympic hopefuls like swimmer Yusra Mardini, who fled the Syrian war and swam part of the way to the shores of Greece, and taekwondo competitor Raheleh Asemani, who left Iran, are now receiving professional training in safer countries.

While Team ROA draws attention to global refugees, the Olympics is creating displaced people within Brazil. Homes of some Rio de Janeiro residents are being demolished and replaced by Olympic buildings. Professor Orlando Santos Jr. says, “[T]he people who are moved live on the margins. If they are uprooted from their networks that allow them to survive, it actually makes them worse off, not better.”