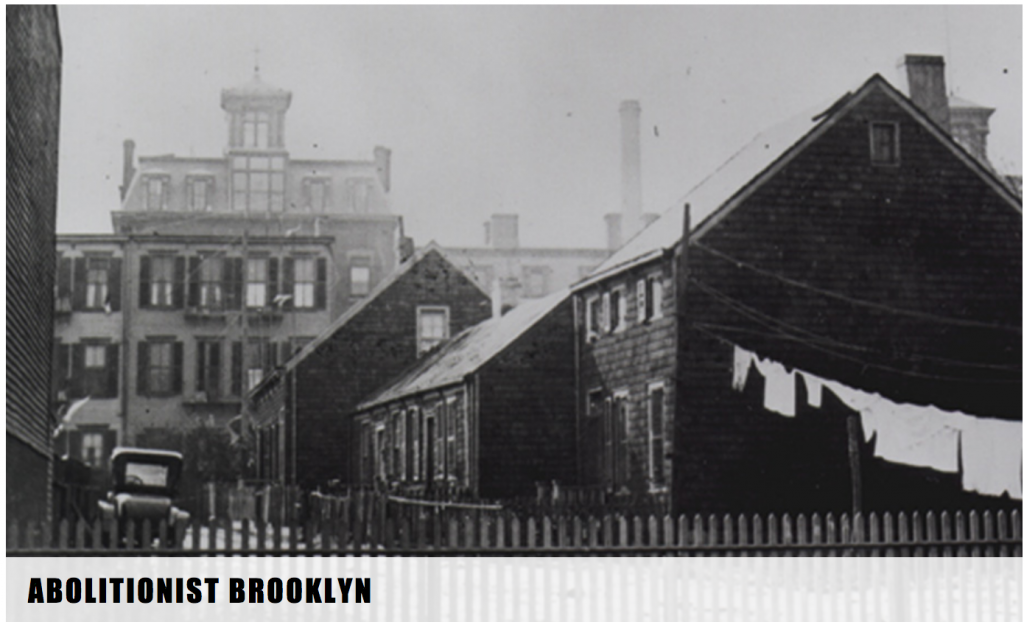 “History is entirely based on interpretation of evidence, and sometimes to reveal the truth of the past you have to be willing to go back and see if the stories we tell about people and movements really reveal the full accuracy of how we used to live” – historian and curator of “In Pursuit of Freedom,” Prithi Kanakamedala

“In Pursuit of Freedom” is an online exhibition and public history project that puts a spotlight on Brooklyn’s lesser-known anti-slavery activists. At one point in the 1800s, one-third of Brooklyn’s population were slaves, and Brooklynites played a significant role in the nation’s abolitionist movement. In 1934, there were anti-abolition riots in Manhattan because many people were against the Anti-Slavery Society. After the anti-abolition riots, White abolitionists moved to the “emerging city” of Brooklyn and focused on building a national campaign, while Black Brooklynites sustained the city’s anti-slavery movement by continuing to build strong communities, such as Weeksville, one of the first free Black communities in the country.

The exhibition highlights well-known activists such as Frederick Douglass, John Brown and William Lloyd Garrison. But it also tells the untold stories of ordinary people who fought against slavery, like teachers, homeowners, businesspeople, journalists and writers. The exhibition, much of which is available online, is made up of photographs, records, maps and teaching resources. The exhibition encourages visitors to discover the importance of equality and social justice in America by highlighting the Brooklyn abolitionist movement, which protested against inequality. It also brings up questions about racial equality in education and other learning spaces, equal treatment of people in the eyes of the law, and the political and economic importance of owning property—rights that people are still fighting for today.

For more information, go to www.pursuitoffreedom.org.