Poach an Egg, Not a Rhino 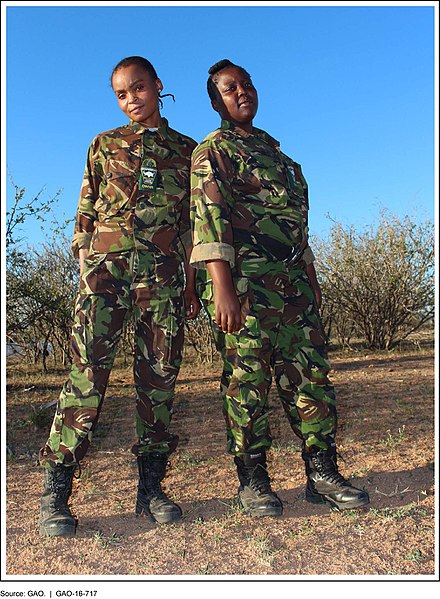 South African rhinos are currently facing the peril of poachers, who desire to kill the creatures and sell the body parts. However, some women in South Africa, called the Black Mambas, are working to stop this threat.

The Black Mambas are local young women who have trained with the military and wildlife conservationists. They patrol all boundaries of the Balule Nature Reserve, part of the Greater Kruger National Park, armed with only handcuffs and pepper spray. They identify and report possible poachers and conspirators, who want the rhinos’ horns, as well as meat from other animals.

The Black Mambas’ goal is to protect the rhinos, to improve the environment where their children are growing up, and serve as professional role models. “Poachers have big guns, but we are not afraid,” Leitah, age 22, told the Telegraph. “We are fighting for our animals and showing people that women can be beautiful and strong.”

The Mamba organization, named after a lethal snake to show their ferocity, was founded in 2013 with about six women. It has grown to a team of about 36. By 2015, the group had already reduced the number of snare poaches by about 90 percent. Their hard work earned them a “Champion of the Earth” award from the United Nations.

“I am proud to be in this team,” says 24-year-old Yenzekile. “It’s important to protect the nature for our children and grandchildren, and my community is proud we are doing this job because they feel we are making a difference.”

Poachers: Illegal hunters who often target endangered animals for trophies or for sale on the black market.