Op-Ed: Why We Rise 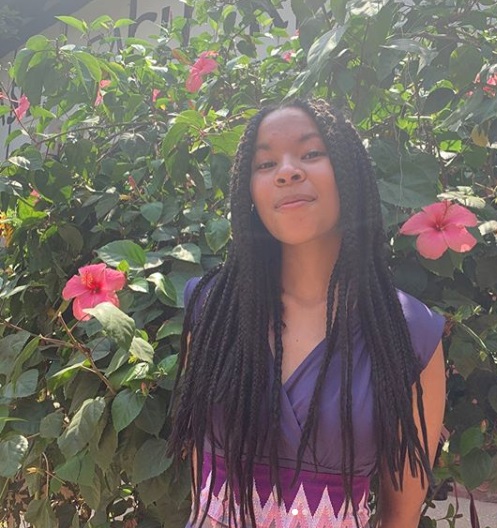 “It comes as a great shock to discover that the country, which is your birth place, and to which you owe your life and your identity has not in its whole system of reality involved any place for you.” — James Baldwin

This year, my experiences of racism came to head in my daily life at school. These damaging experiences coincided with the nationwide response to the brutal murders of George Floyd, Breonna Taylor, Tony McDade, and many others. All in the span of one school year. As a young Black woman, I was overwhelmed to say the least.

For years in many schools, racist, dated books written largely by white men, have been held up as classics, and have been the only books circulating in school curricula. I was hopeful as my junior year English class began the year with Toni Morrison’s, A Mercy. I had seen interviews with the author, and was excited to read one of her novels in school. But reading A Mercy only to follow it with Huckleberry Finn was one of the most destructive experiences for my mental health as a Black girl in a predominantly white institution.

Having to read the n-word repeatedly on every page and engaging in intellectual discussions every day about the merit of the use of this extremely offensive and traumatic slur in a classroom with no other Black students was exhausting to say the least. Debating “how bad the n-word actually is” is not how I wanted to spend my class time. No one was ever trying to teach me something. Instead I came to every class to say that I felt my classmates and Mark Twain had no business using this word, let alone excessively, only to be congratulated for making these conversations a teaching moment for my classmates.

It is not my job to educate; I was there to learn. We often spent the rest of class debating whether Huckleberry (a white boy) was becoming progressively less racist because of his journey with Jim (an enslaved Black man). The conversation was fruitless in my view—I did not see a progression here. Nor did I feel that we should be accepting that a story about slavery written by a white man and depicting a “one-dimensional” singular Black character consistently depending on a white child who viewed him as inferior for the entire novel was an effective depiction of the brutality and reality of the system of slavery or an informative way to educate about race.

Ultimately, I found that this book was furthering the white savior complex found in many of the other books widely studied in schools, like To Kill a Mockingbird. I found that these frequent discussions and the decision to read this book in a PWI (predominately white institution) was a dangerous one. As a growing person and intellectual, a student could internalize, as many have done before, the value and importance of the harmful and inaccurate white savior narrative. This book is constantly used to show white students what slavery was like, when ultimately it only works to comfort white people and distance the current United States from its history of slavery.

And it was harmful to me. It showed me that my school did not value my education. In using a consistently, blatantly and brutally racist narrative written by a white person to illustrate the suffering of Black people for white students, schools prioritize the education of white students over the education and trauma of Black students who have experienced racism their entire lives. It was an awful feeling to have to stand on my own to “academically justify” the importance and validity of my experience, emotions, and mental health, as well as the experiences of Black people in this country past, present and future, while reading about the verbal and physical brutalization of enslaved people alongside white characters’ justifications and rationalizations of racism. This book does not need to be part of our academic canon. It is not beneficial, let alone essential, to justify this narrative.

“It was always about African-American culture and people — good, bad, indifferent, whatever — but that was, for me, the universe.” — Toni Morrison

There are so many different stories that are not being circulated in our education systems or in mainstream culture. There is more to Black people than slavery, the Civil Rights Movement and stories of oppression. That is not to say that these narratives are not important. These topics can and should be discussed by looking at the work of numerous Black writers, artists and intellectuals who live in their Blackness and make the stories and culture of Black people their universe. Works like Piecing Me Together and Watch Us Rise by Renée Watson, All The Things We Never Knew by Liara Tamani and Homegoing by Yaa Gyasi.

All this is to say: this year has reminded me that Black lives matter everywhere and every day, and that they are not being protected or valued by American society, whether it be in schools, on sidewalks, in subways, in their cars, in bodegas, in magazines, in publishing, in healthcare—anywhere. And I was reminded yet again of this terrible truth, as my class finished Huckleberry Finn, when I heard the news of the murder of Breonna Taylor.

“These people deluded themselves for so long that they really don’t think I’m human.” — James Baldwin

Black people have been murdered and abused by police for decades. One of the first groups of organized law enforcers were armed white men known as the Runaway Slave Patrol in the 1700s. The United States government has worked to take some steps towards police reform, but many activists in the current wave of protests following the deaths of Breonna Taylor, George Floyd, Tony McDade and others are saying that reform is not enough.

Police are consistently used to oppress and criminalize Black people and maintain the institutionalized racism this country was founded on. So when an officer shoots or chokes a Black person, the system isn’t broken—it is working as intended. The racism built into the foundation of these systems is the root of the problem, and activists and protesters are calling for action to be taken to create an entirely different foundation for this country’s system of law enforcement.

City police departments receive billions of dollars of city funding that could be used to support other social programs. As a result, police spend the majority of their time on noncriminal activities like traffic violations and noise complaints. In many communities, because significant portions of city and state budgets are spent on police departments, money is not invested in community health programs, social workers, health clinics, and other public resources, the police are forced to respond to calls regarding situations for which they are not trained.

In a country founded on racism and in communities that are still facing all of the manifestations of racism I felt in my classroom, occasional anti-bias training and additional regulation is evidently not enough. Even with the addition of body cameras and community outreach guidelines, many cops feel comfortable breaking these new rules to brutalize Black and brown people with the support of police unions. And we have seen that support enable the continued police brutality during these 2020 protests, and for years in U.S history.

In 1894, New York City launched its first investigation into the police department after numerous complaints of police brutality. In 1991, the urge to push for police reform grew following the brutal beating of Rodney King by police who struck this unarmed Black man over 50 times. In 2013, these calls were renewed by the Black Lives Matter movement, founded by Alicia Garza, Opal Tometi and Patrisse Cullors. Former President Barack Obama created the Task Force on Twenty-first Century Policing which instituted implicit-bias training, alterations of use-of-force policies and channels to identify and monitor problem officers. And yet, Tracey Meares, a member of this task force said just two years after their final 2015 report that, “policing as we know it must be abolished before it can be transformed.”

Now all fifty states, and many cities around the world, have joined the latest Black Lives Matter protests to say that these institutions as they function now are unacceptable. And this latest, global response is showing many who have done this work for years that more and more people are acknowledging the systemic foundation of police brutality, and are ready to make changes to our policing and criminal justice systems and to our society as a whole.

“At this crucial time in our lives, when everything is so desperate, when every day is a matter of survival, I don’t think you can help but be involved! Young people, Black and white know this…We will shape and mold this country or it will not be shaped at all anymore.” — Nina Simone

Why should young people participate in the Black Lives Matter movement? Because it should be that simple: Black lives matter. The fact that there is a need for a movement with that title should show us young people how unjust and immoral racism in America is—it needs to be stated that my life and all Black lives matter, and that highlights the problem. Black people are in danger because of this racist society in all aspects of life. Whether it be education, mental health, medical treatment, financial stability, police brutality, over-representation in the prison system…the list goes on.

For centuries, Black lives have not been valued or respected by the United States or its institutions. Every life does matter, but until Black lives are included by everyone in that statement, young people should be involved in fighting for the recognition of Black beauty. Black value. Black life.

Op-Ed: Short for “opposite the editorial page.” This is a written prose piece published by a newspaper or magazine which expresses the opinion of an author.

Depicting (depict): To describe in words or a picture.

White savior complex: This refers to a white person who provides help to non-white people in a self-serving manner.

Internalize: To accept or absorb opinions, ideas or a belief so that it becomes part of your own conscious or subconscious character.

Academic canon: A collection of rules or texts that are considered to be authoritative and are highly regarded.

Oppress: A cruel or unjust use of power or authority.

Institutionalized racism: (Also known as systemic racism) is a form of racism that is rooted as normal practice within society or an organisation and is based on the concept of white superiority. These systems might include laws, regulations and social systems. Institutionalized/systemic racism can stem from education, hiring practices and conscious or unconscious prejudices. It leads to many issues, such as discrimination in employment, housing, health care, education, criminal justice and education. Individuals may not see themselves as racist, but they still benefit from systems that privilege white faces and voices.

Abolish: Formally put an end to a system, practice, or institution.

Immoral: Not following principles of right and wrong.