By ELISE BETTENDORF and MILANA MEYTES 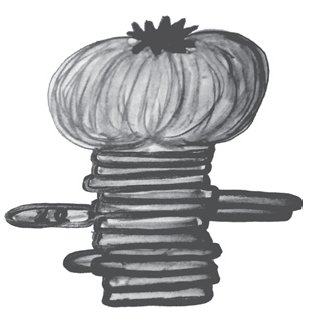 Forced to work in unsafe and unjust terms, immigrant farmworkers in Florida have fought back and are now persevering through corporate oppression. In December, the Coalition of Immokalee Workers (CIW), which represents farmworkers who pick Florida’s tomatoes and citrus fruits, won an agreement from fast-food giant Subway to pay a penny more per pound more for tomatoes.

The Coalition of Immokalee Workers began in 1993, with just a few members who were told they had no right to organize and form a union.

In 1998, the workers participated in a month-long hunger strike, and organized numerous protests against the violence they were forced to endure. Because there are still no laws that recognize farmworkers’ right to organize, they are forced to gather 150 buckets of tomatoes a day, each weighing 32 pounds, only getting 50 cents per bucket. That means workers as young as 12 must pick two tons of tomatoes a day in order to make minimum wage!

In 2005, the workers’ campaign won a major victory when Taco Bell agreed to the increase the price it pays for tomatoes by a penny per pound after workers held a boycott of the restaurant. McDonald’s agreed to the workers’ demands in 2007.

Although much has been accomplished since the organization started, there is still much to CIW is fighting for three demands, including one more penny per pound, a code of conduct and an open dialogue between the workers and the farm industry. The extra penny per pound won by workers has yet to make it to the workers. CIW is now addressing this issue as well as looking to apply their demands to larger chains such as Wal-Mart and Safeway.