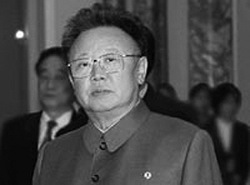 On October 9 North Korea tested its first nuclear weapon, making it the ninth member of the nuclear club. The other members are the United States, Russia, the United Kingdom, France, China, India, Pakistan and Israel.

After World War II, the United States and the Soviet Union gained control of Korea from Japan divided it in half without asking the Korean people. Then there was a war between North and South Korea from 1950 to 1953 for control of all of Korea. The U.S. fought on the side of South Korea. The war caused the deaths of 4 million Koreans and 36,000 U.S. soldiers, but today North and South Korea are still separate nations.

Since the war the United States has considered North Korea an enemy and has made threats against it. “North Korea wants better relations with the U.S.,” said Kwan-Ho Choi of the Congress for Korean Reunification, an organization of Koreans in the U.S.

As a result “North Korea is using nuclear weapons as a way to get the U.S. to direct talks,” said Choi. This expands the membership of the nuclear club, making the planet a much more dangerous place to live.