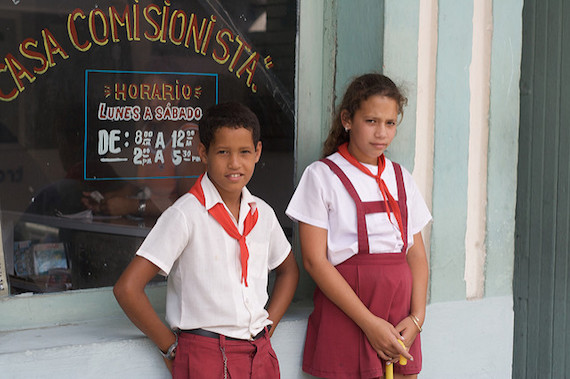 After over 50 years, the U.S. embargo against Cuba is the longest in history and has taken a toll on the Cuban people. Photo courtesy totoro_friend/Flickr

On December 17, 2014, President Obama announced he would take steps to normalize relations with Cuba, an island nation 90 miles south of Florida. In 1961, diplomatic ties between the United States and Cuba ended and the U.S. embassy in Cuba closed. As a result, families living in the two countries have been separated and the Cuban people and economy have suffered from U.S. trade embargoes. In a public statement, the President said, “These 50 years have shown that isolation has not worked. It’s time for a new approach.”

Relations between the United States and Cuba are tied to political differences. In 1959, Fidel Castro and his rebels overthrew military dictator, Fulgencio Batista. Once Castro took military and political power, he adopted a communist political and economic system. He nationalized privately owned businesses operating in Cuba and executed enemies of the state. Cuba also increased its relations with the communist Soviet Union. Since this was during the Cold War, the United States saw the partnership as a threat. They responded with an embargo on Cuban goods, hoping that this action would force Castro to reconsider his politics.

After over 50 years the U.S. embargo against Cuba is the longest in history and has taken its toll on the Cuban people. Food shortages have caused hunger and suffering. Medicine and technology developed in the United States are not available to Cubans, and lifting the embargo could help save lives.

Some Cubans also feel that an end to the blockade could help change how Cubans are perceived by people in the United States. By lifting the restrictions on travel, more Americans could travel to Cuba and learn about its heritage and culture. In a BBC interview, one Cuban said, “Americans should come to Cuba. Come and see for themselves that it is not the place described by the anti-Castro politicians in Florida.”

Embargo: when one country blocks trade with another, ending the exchange of goods and money between the two countries

Nationalize: to transfer a private company to state ownership and control