English: Sí se puede march in Caracas, Venezuela, with some of the millions of Venezuelans who protested shown. Date 23 January 2019 Voice of America Public Domain

Venezuela’s political and humanitarian crisis is worsening as the United States imposes sanctions in an effort to unseat the socialist president, Nicolás Maduro. There has been dispute as to who is the legitimate president of the country since January 2019, when President Maduro’s opponents said that Maduro’s election was undemocratic, and therefore his position not legitimate. The United States is pushing for change via economic sanctions—which now includes a trade ban—with Venezuela on their most profitable exports, oil and gold. The thinking behind this is that Venezuela can’t survive without the money it makes from these resources, so to end the sanctions, they would follow what the United States is pushing for and recognize Juan Guaidó as Venezuela’s president. Guaidó declared himself the interim president on January 23, 2019, a day after speaking to U.S. Vice President Mike Pence by phone. On January 24, U.S. national security adviser John Bolton commented on Fox Business that the United States is economically interested in Venezuela’s massive oil reserves. Critics of the sanctions are fearful that they will impact civilians the most, affecting access to life-saving medicines and medical treatments, basic services like water and electricity, and increase the critical food shortages in the country, potentially leading to a famine. Many Venezuelans who oppose Maduro want a change in government, but they are calling for more democratic approaches to decide who the president should be, such as through negotiations and a referendum, not through economic sanctions or military intervention from the United States, which could create a civil war in Venezuela. 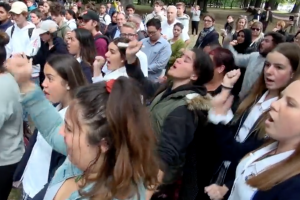 Hundreds of high school students gathered on March 18 for a candlelight vigil in Hagley Park, directly opposite the Al Noor mosque in Christchurch, New Zealand/Aotearoa, to honor their peers and all those who were killed in the massacre there just days before. Students from various schools performed the haka, a ceremonial dance of the Māori, New Zealand/Aotearoa’s First Nations people, to mourn the victims, honor the dead and denounce the racist and Islamophobic attack. The haka has been performed by many groups in the wake of the attack as a way to unite people, process their emotions and heal. 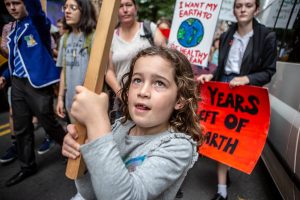 On March 15, up to 1.4 million students across the globe went on strike to urge their political leaders to take greater action to address climate change. The strikes were inspired by 16-year-old Swedish climate activist Greta Thunberg, who skips school every Friday to protest outside the Swedish parliament to push for action against climate change. In New York City, protester Alysa Chen declared, “This country needs to get its priorities straight. I demand our mayor to support the declaration of climate change as a national emergency!” The youth activists say they are planning another global climate strike in May 2019.