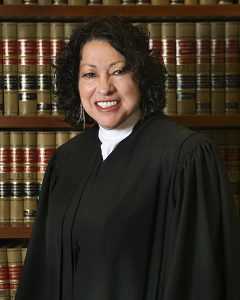 By IndyKids Staff
On August 8, Judge Sonia Sotomayor became the first Latino ever to sit on the U.S. Supreme Court. Sotomayor is from the Bronx, in New York City, and her parents are from Puerto Rico. Sotomayor was criticized by some white senators because she once said that she might “reach a better conclusion” than a white man in deciding a court case because of her rich experiences as a Latina. Yet the majority of the Senate voted to confirm her to the Supreme Court.