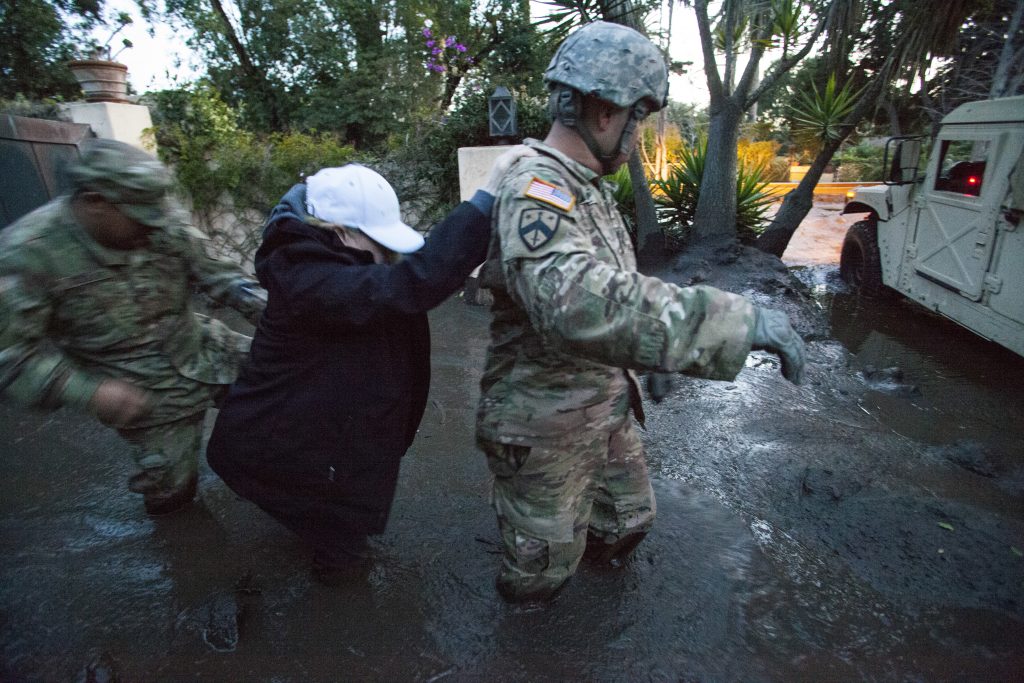 Deadly mudslides have replaced wildfires in California. The state had been stricken by a five-year drought that made conditions so dry that wildfires were difficult to control last year. When heavy rains began to fall, they helped to extinguish the fires and ease the drought. However, since all of plants and trees had been burned away, now there is nothing to stop the earth from being swept away under all of the water.

Paul Lowenthal, a Fire Department spokesman for Santa Rosa, California, explained to Boston Globe, ‘‘When we start talking about half an inch of rain or more an hour, that’s where we’re more susceptible to mudslides and debris flow in and around our burn zones.”

Recent mudslides have cost over $421 million insured losses according to the state’s insurance commissioner. Over 2,000 homes, businesses, and cars have been damaged or completely destroyed. The mudslides have also taken lives.

In early January, a mudslide killed 21 people in Santa Barbara County. People had just been told to return to their homes after waiting for a wildfire to be controlled in December. Even though the National Weather Service issued a flood warning, many residents didn’t leave their homes because the government didn’t issue a mandatory evacuation.

Breezy Haigh lost her mother because she only expected a few inches of flooding, like in the previous year. She told the New York Times, “I feel like the county let us down. During the fire, they took so much precaution. People didn’t take this seriously. If it had been mandatory, she would still be here.” No one expected the fast-moving mud to be 10 feet deep in some places.

Now, Californians are taking stronger precautions when expecting major downpours. The popular Yosemite National Park had to close during the first weekend in April over fears that an approaching storm could cause mudslides there, too.

Mandatory evacuation: An order to leave an area for safety reasons that must be obeyed.