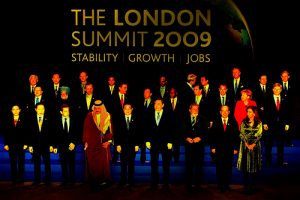 A group of 20 of the world’s largest economies (the G-20) is meeting in Pittsburgh, Pennsylvania in September. Leaders of the member countries will tackle the world economic crisis. Protests are planned to make sure that the concerns of regular people are heard. “We know that [the G20] will undermine the standards for the environment and labor rights of people in Pittsburgh,” Kenneth Miller of the Industrial Workers of the World told IndyKids. “We want a living wage in the city but [they tell us] we won’t be able to compete with Bangladesh.”