Meet the Children Fighting for the Future of Healthcare Laws 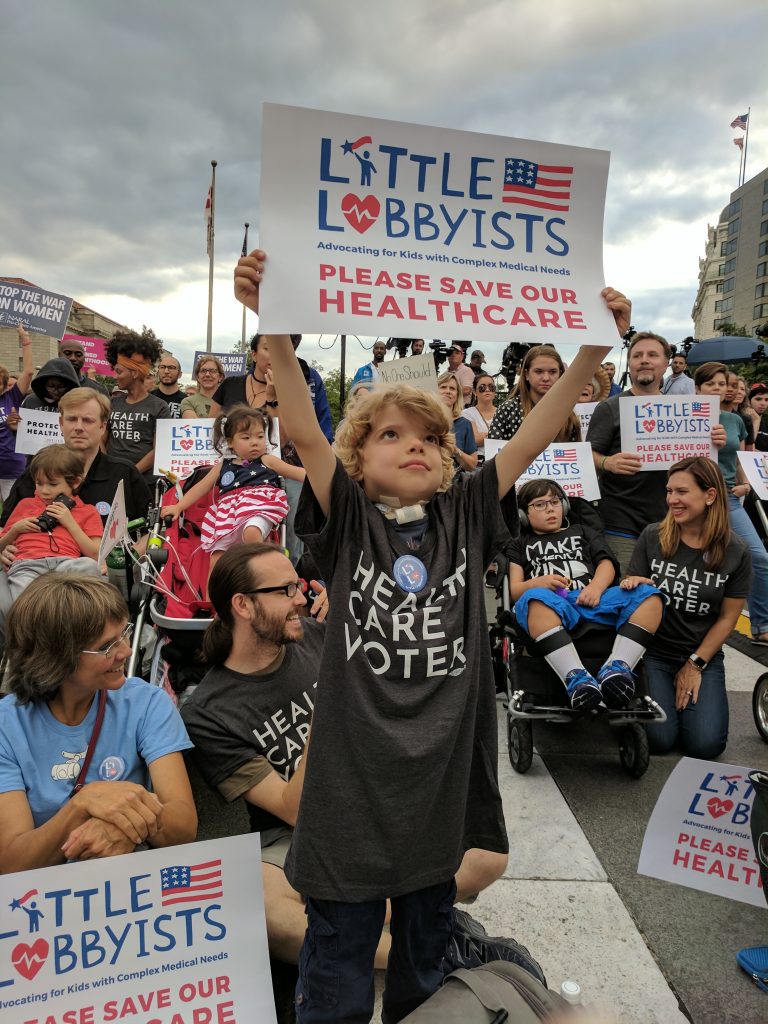 Last June, when Republicans announced efforts to repeal the Affordable Care Act (ACA) and slash funding for Medicaid, many families were devastated. That’s when a group of families and friends joined together to create a group known as the “Little Lobbyists”.

In the ongoing fight for a healthcare system that protects them, members of the “Little Lobbyists” visit Capitol Hill to tell their stories and the stories of other children with serious medical needs to members of Congress.

“Our kids show a human side of the healthcare issue that would otherwise be a very complicated discussion about insurance and Medicaid, and most people don’t understand either of those things,” Nicole Zeitler, a member of the Little Lobbyists, told the Hyattsville Life & Times. “But what people do understand is kids.”

Nicole Zeitler’s 4-year-old son Pierce was born with Moebius syndrome and requires a tracheostomy tube to breathe and a gastronomy tube to eat, as well as 24-hour care. Without protections in the ACA for pre-existing conditions and the elimination of maximum lifetime benefits (the maximum amount an insurance plan will pay during an insured individual’s lifetime), the Zeitlers’ ability to have coverage for Pierce is threatened.

The Corbin brothers—Jackson, 11, and Henry, 9—suffer from Noonan syndrome, a genetic disorder affecting various systems of the body. They’ve made dozens of trips to Capitol Hill and Harrisburg, PA, as Little Lobbyists, even visiting all 100 Senate offices in one day.

During one trip, Jackson was asked, “What would you say to someone who says you aren’t an adult, you aren’t a voter?”

Jackson replied, “Without healthcare, I might not make it to be an adult.”