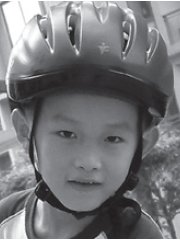 How he feels about China hosting the Olympics: “Excellent.”

What he would like kids in the U.S. to know about his country: Great Wall and panda

China at a Glance

History: China was subject to foreign imperialism and invasions for centuries before there was a communist revolution in 1949, which replaced feudalism.