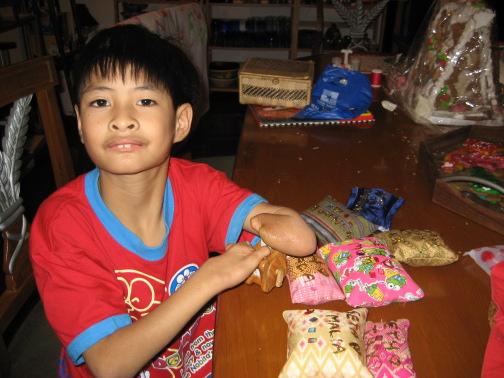 Family: Seth was adopted by his mother, a U.S. citizen living in Thailand. He has two sisters, Lala, 24, and Malia, 21.

Hobbies: Playing car games on the internet or a mobile phone

What he wants to be when he grows up: Own a restaurant that sells American food

Something Seth has heard about life in the United States: “People play golf, like my grandma and Tiger Woods.”

Thailand at a Glance

History: The Thai kingdom was founded in the 14th century. It was the only Southeast Asian country not taken over by a European power during colonial times.