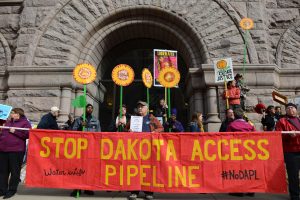 Ruth Buffalo made history in North Dakota after she was elected as the first Native American Democratic woman to be elected to the state’s Legislature.

Buffalo is passionate about reducing the cost of healthcare, improving the state’s educational system and supporting its agricultural economy.

Her district includes Standing Rock Indian Reservation, home to the Sioux Tribe, which has stood against the Dakota Access crude oil pipeline.

Buffalo won against an opponent who sponsored a law, that critics feared would suppress the Native American vote in North Dakota.