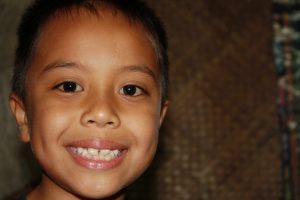 Hometown: Agat (a village in the south)

Family: Jermaine lives with his mom and his one-year-old sister

Mom’s work: She works at the Veterans of Foreign Wars headquarters in Agat

Favorite subject in school: GATE (Gifted and Talented Education Program), where he gets to do hip-hop, break dance and sing Christmas songs

What do you want kids in the U.S. to know about life on Guam?:  “It’s fun here. There’s lots of kids to play around with in school and lots of stuff you can do.”

GUAM AT A GLANCE

Political structure: Guam is an unincorporated territory of the United States. The people are U.S. citizens, but they cannot vote in U.S. elections and have no representation in Congress.

History: The original inhabitants of Guam, called Chamorro, arrived on Guam approximately 3,000 years ago from areas in the Philippines and Palau. Guam was colonized by Spain and then the U.S. Guam is still a U.S. colony and is used as a base for the U.S. military.