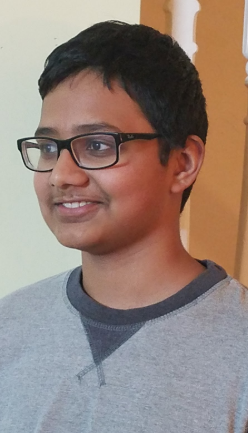 Gigi Kriegsmann: How did you hear about the IndyKids newspaper?

Orik Ehren: I actually did not hear about it until my parents asked me to fill out a Google form, which cast me into this program. I’ve found that I’ve enjoyed it, despite my sourness at feeling like they didn’t tell me what I signed up for.

When did you write your first article, and what was it about?

I wrote my first article in November 2017, which was about Tyrus Wong. This is currently my first dabble into journalism, though. I assume, since I’m being interviewed, that more is to come.

How old were you when you started IndyKids?

I started IndyKids when I was 12 years old, which might have been the source of my literate edge.

What was your most recent article about?

I have an article about the ban on youth football in California in this issue!

How long have you been writing?

In general, I’ve been writing for all my life. A little realistic fiction here, a little sci-fi there, maybe even a romance.

What’s your favorite topic to research and write about? Why?

My favorite thing to research about is probably the art of digging up unsung heroes from the depths of the internet, whether from the Medieval period or the 21st Century and singing their praises for all to hear.