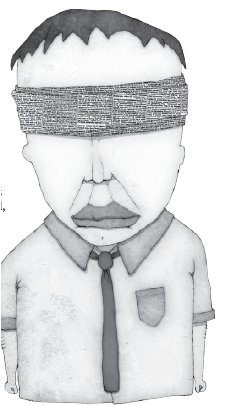 I want to raise a question: What’s more important, a politician’s sex scandal or issues like American and Iraqi deaths and the rising insurgency in Iraq?

Now, I’m not saying that these stories happening locally aren’t important and shouldn’t be covered, but when the local newspapers completely disregard the rest of the world on their front page, they have gone a little too far.

The local news media needs to report greatly on the international issues arising from Iraq, Iran, Afghanistan, China and Africa without being biased and report these issues on the front page. These countries and continents have a major impact on our lives as humans, as employees and as working families.

In Iraq, after five years, large numbers of Iraqi citizens and American soldiers are dying every day due to the inconsistent security for our soldiers and the mistake of the U.S. government authorizing war and not withdrawing troops.

When you start noticing local news disregarding the world over a small sex scandal, think critically about what you’re reading and what the masters are trying to transmit. Why not have a front page article stating “4,000 Soldiers Dead in Iraq; 5 Years Later and No Progress.”

Manuel Tejada, 15, goes to Beacon High School in New York City. He is a member of the Mirabal Sisters Cultural and Community Center youth group. This article is excerpted from a longer article that originally appeared in the youth group’s April newsletter Word Up!