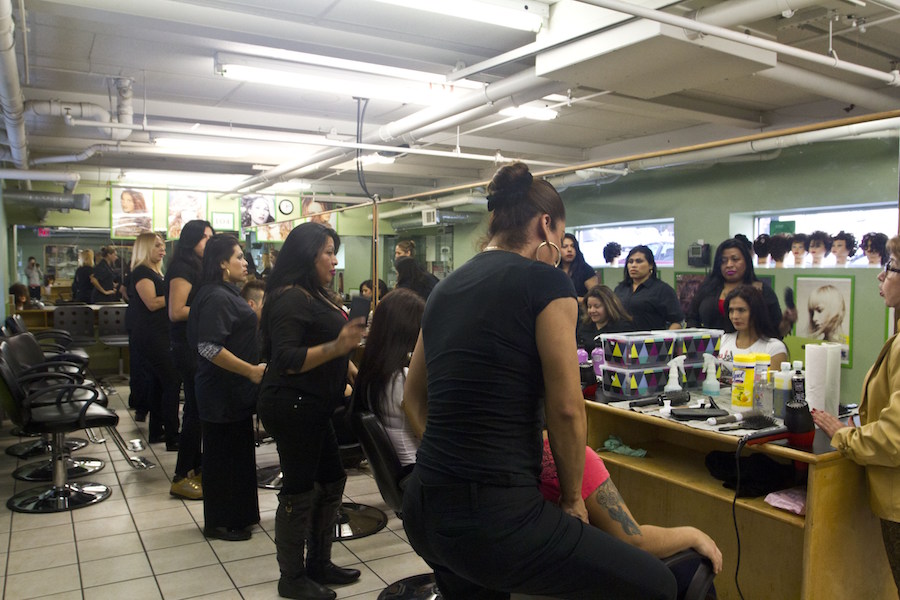 This fall, a group of transgender Latina women will open a worker-owned beauty salon in Queens. “We came up with the idea because of all the discrimination our community goes through when looking for a job,” Arely Vazquez, one of the co-founders, told MSNBC. According to the National Center for Transgender Equality, “More than one in four transgender people have lost a job due to bias, and more than three-fourths have experienced some form of workplace discrimination.” With the help of the nonprofit organization Make the Road New York, these women are pioneering a stable and dignified work environment that protects their safety.

One of the salon’s co-creators, who goes by “M,” chose to use her last initial for her name because she didn’t feel safe being openly transgender at her previous job. Unlike other trans women she knows who have been denied work, she has been able to find work in beauty salons, but only if she works as a man. Daniel Puerto, of Make the Road New York, said the women “got immediately excited by the idea of creating a business where they would be the sole owners, where there wouldn’t be any bosses.” As part of a worker cooperative, these women will be their own bosses and will share the profits equally between all members.

As they prepare to open the salon in the fall of 2016, the women have been taking beauty classes in Woodside, Queens, to help them train. Arely González, another founder, says, “This is why we are here, to fight for a better future for ourselves, for a better world for our transgender community—and for future generations, too.”

Glossary Term
Transgender: Describes a person whose gender identity differs from the sex they were assigned at birth. For example, a person designated male at birth who identifies as a woman.