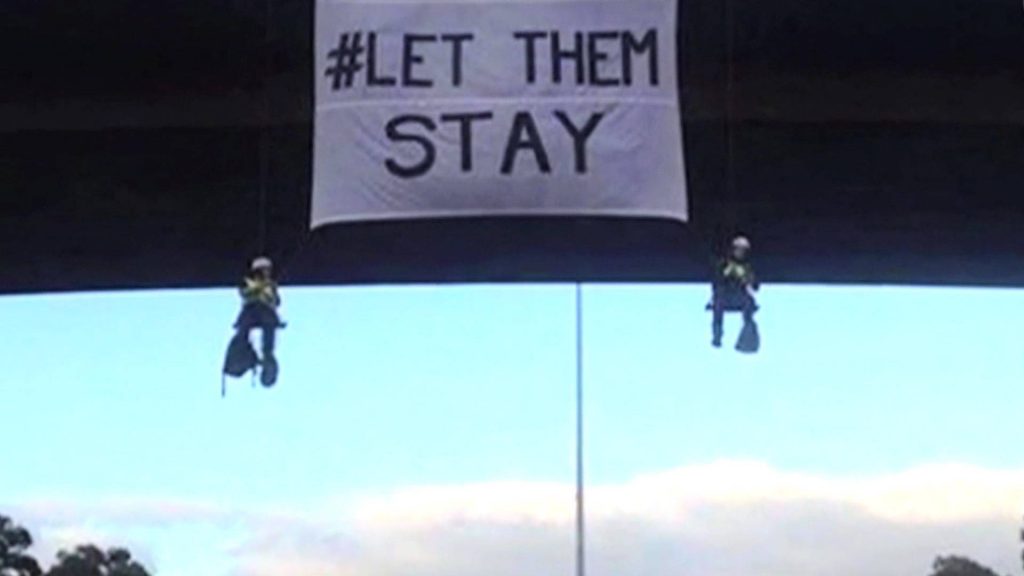 On a sunny day, February 10, two brave protesters unfurled a large banner that read #LetThemStay. The protesters and their banner were suspended from the Yarra Bend bridge in Melbourne, Australia. An Australian high court had just decided that the government has a right to create detention centers for refugees in Nauru. Twenty-five-year-old Katherine Woskett and 22-year-old Hannah Patchett both had friends that came to Australia and couldn’t imagine their children being deported. They felt this was the only way to inspire other people to uphold Australia’s reputation as a humane country.