Is This The End of The Internet As We Know It? 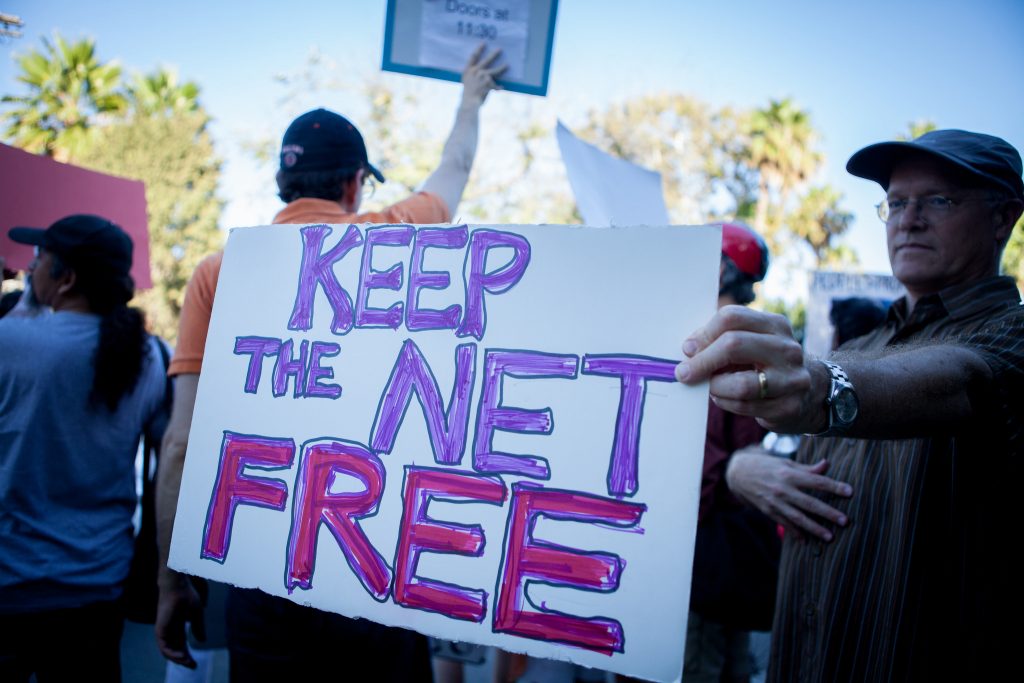 On December 14, 2017, the Federal Communications Commission (FCC), voted to roll back Obama-era rules concerning net neutrality.  Net neutrality is the idea that all data on the internet must be treated equally.  It’s also known as the “open internet.” The old rules prohibited internet service providers (ISPs) from slowing down users’ connections or speeding them up based on what information they wanted to access or how much they paid.

When Alli Webb, age 18, first learned that the FCC planned to repeal the guidelines for an open internet, she drove to Washington, DC, with three of her fellow students to protest. They stood in front of a Verizon store and held up signs that said, “Stop FCC!” and “Equal Opportunity: Still Loading.”

For many teenagers, the decision to repeal the net neutrality rules is particularly daunting because an open internet is all they’ve ever known.  The FCC first created open internet guidelines for ISPs in 2006, and by 2015 it had declared that, as a utility, the internet needed government oversight.

Matthew Baxley, age 15, told the New York Times, “I’ve met lots of friends on Instagram and I communicate with my mom and with all my friends at least 10 times a day on social media.  The internet is at the center of a lot of what I do and care about.” He’s not alone. According to the Associated Press-NORC Center for Public Affairs Research, 94 percent of youth use social media, and almost all youth between ages 13 and 17 own or have access to a smartphone.

The open internet has also helped to amplify the voices of activists in communities of color.  In an article for The Hill, Patrisse Cullors, the co-founder of the Black Lives Matter movement, said, “The Internet is the most democratic communication platform in history, largely because we’ve had network neutrality rules that make sure all web traffic is treated equally, and no voices are discriminated against.”

Like Black Lives Matter, many social and political movements connect to their supporters through social networks like Facebook and Twitter.  Organizers fear that they could lose that connection, especially to lower income communities, if ISPs were allowed to charge more for or slow down connections to social media websites.

Revoking net neutrality rules could also have a negative impact on the economy.  Twitter, Reddit, Pinterest and over 200 other companies added their names to an open letter urging FCC Chairman Ajit Pai to reconsider his position.  In the letter, the companies stated their concerns that ISPs could hurt small businesses and start-ups if they couldn’t afford to have their data prioritized over larger corporations.  The letter reads, “An internet without net neutrality protections would be the opposite of the open market, with a few powerful cable and phone companies picking winners and losers instead of consumers.”

Fortunately, the actual rollback of the rules has yet to go into effect, but the timeline isn’t exactly clear. In the meantime, Democrats in the Senate have drafted a bill under the Congressional Review Act in hopes of overturning the FCC’s decision.  They only need one more Republican to successfully pass the bill, but it would still need to be signed by both the House of Representatives and the president.

In anticipation of the bill’s rough journey through Congress, a lawsuit has been filed by 21 US state attorneys general against the FCC’s repeal.  According to Reuters, a trade group that represents tech companies such as Amazon, Facebook, and Google will support legal challenges against the FCC’s decision.

California, New York, Rhode Island, and Washington are also leading the charge by drafting their own laws to keep net neutrality in place at the state level.

Utility: Controlled and regulated services provided to the public.  Examples of other utilities include telephone, electricity, water treatment, and transportation.

Prioritize: To treat something as though it were more important than something else.