IndyTeens Op-Ed: From Columbus to Netanyahu 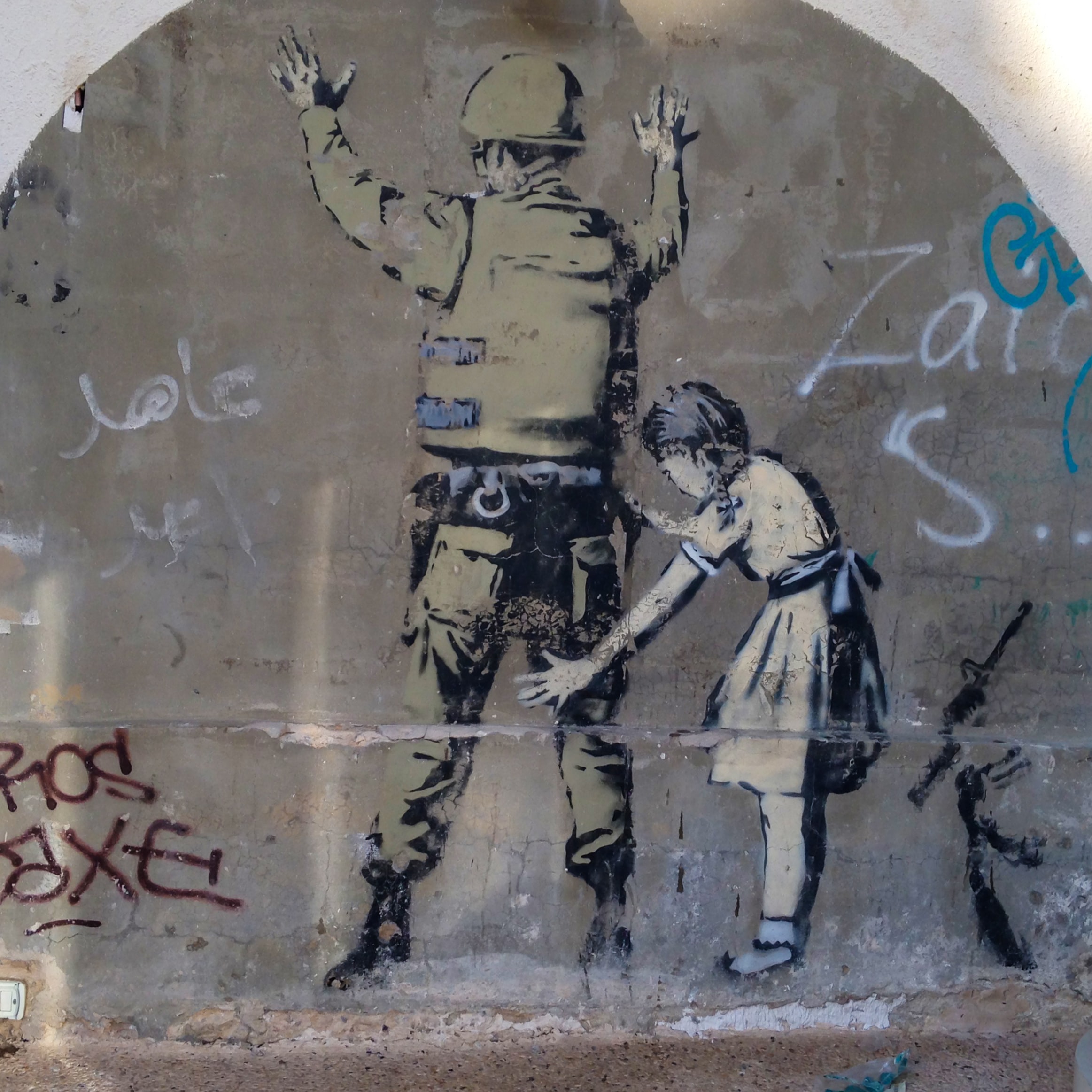 Graffiti at the West Bank, Palestine by Dan Meyers on unsplash

Everyone knows the year 1492. It is the year that Christopher Columbus “discovered” America. From then on, Indigenous land was continuously taken, while the Native peoples were displaced or restricted to reservations. Now the remaining Native American population is living in reservations that are much smaller than their original homelands, with increased poverty levels and higher risk for diseases, such as diabetes and now COVID-19.

We can see the effects of a similar displacement in the Middle East. Palestinian land has been cut up and divided so many times that people jokingly compare it to Swiss cheese. What’s in store for the Palestinian population, who already live as second-class citizens in reservations under Israeli rule? The Israeli government has slowly been chipping away the remaining Palestinian land ever since the “Nakba,” meaning “catastrophe” in Arabic, in 1948. The Nakba forced more than 700,000 Palestinians to flee their homes, including both of my grandparents. More recently, in May 2020, Israeli Prime Minister Benjamin Netanyahu announced plans to annex even more of the West Bank.

“International law is very clear: annexation and territorial conquest are forbidden,” explains Michael Lynk, a United Nations expert on human rights. The Israeli government has already come under fire for its illegal conquest of Palestinian land. All but two of the U.N. member states agree that Israeli settlements are illegal: the United States and Israel. Because of their vocal objections, no actual steps have been taken in remedying the destruction and annexation of Palestinian land. This is also due, in part, to the fact that the United States is a member of the U.N. Security Council and gives more to the United Nations than any other member. This gives the United States a significant advantage in annexation negotiations.

It is not a coincidence that the United States and Israel are the only objecting member states. This relationship has been carefully crafted and upheld by both political parties in the United States. The U.S. government consistently supplies the Israeli government with weapons to oppress Palestinians, and in return, according to Amnesty International, the Israeli army trains U.S. police officers, which is absurd, considering that Israel is currently under fire for its treatment of Palestinians. For example, in May 2020, the Israeli army shot a teenage boy in the head while raiding a Palestinian refugee camp. That incident is just one of many (there is no actual count of Palestinian deaths, which speaks volumes) violent murders of Palestinian civilians. This cycle of destruction will lead to more murdered children in Palestine and continued injustice against the Native population in the United States.

The violence seen in Palestine is beginning to mirror the violence shown to Native Americans, an example being the Trail of Tears, when U.S. President Andrew Jackson forcibly removed more than 60,000 Native Americans from their homeland from 1831 to 1877. At that time, there was no such thing as the United Nations, so the United States had next to no accountability. That act broke many treaties that the government had made prior to the Trail of Tears. This is what the Israeli government is learning from. The United States is its example for displacing people from their homeland.

But there’s still hope for change. Through educating ourselves and others, we can pressure our leaders to stand against violence in our own country and abroad. Bad policies are created by politicians in power, but those policies are upheld by a population that is unaware of the atrocities being committed. There are great victories that have just been won in the United States, like the Supreme Court’s decision to stop the construction of the Dakota Access Pipeline on Native land, and that most of Oklahoma officially belongs to the Muscogee Tribe. These victories beg the question: Is the United States starting to realize the error of its ways? If so, we can only hope Israel starts to do the same, before it is too late.