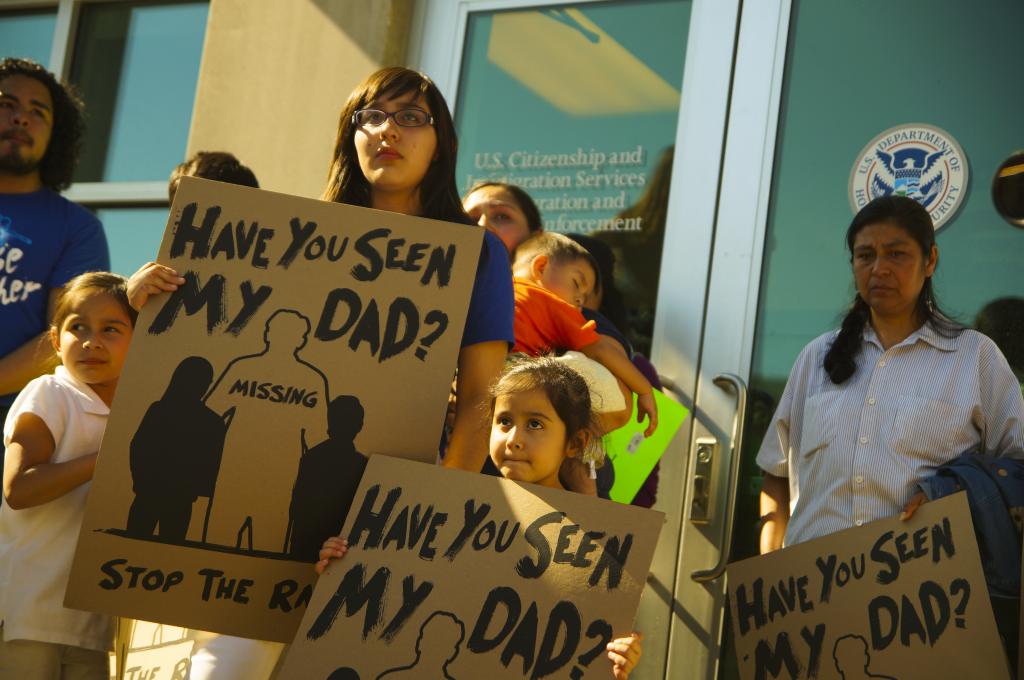 Protests spread across the nation in response to ICE’s raids on undocumented immigrants in January, 2016. PHOTO: Joe Brusky/Flickr

More than 121 undocumented immigrants, mainly women and children, were arrested in raids coordinated by the Obama administration in January.

These families are now enduring a long waiting period in prison-like detention centers before they are deported. “I think the problem with this is, is that many of the women are either unrepresented or they have substandard immigration lawyers,” Barbara Hines, a Texas immigration lawyer working for immigrant and refugee rights, told Democracy Now!

Returning to their home countries is a scary prospect for these families. For many, it was the fear of violence that drove them to leave their homes and come to the United States.

The raids on Central American families have been conducted in southern states (Texas, Georgia and North Carolina) and have been moving up the East Coast. These raids have been led by the Immigration and Customs Enforcement (ICE). ICE is organizing raids on families that have no legal authorization in order to set an example for other immigrants moving to the United States.

Many immigrants stay inside their homes because of the threat of ICE. “We feel like we’re prisoners and that we’re not free to do what we want,” said Guadalupe, an immigrant and restaurant worker.

Although ICE is persecuting Central American immigrants, many are working to help their situation. Claudia Palacios, a former U.S. Marine born in Texas whose citizenship is now being questioned, blocked traffic in NYC to bring attention to the raids.

“I’m basically stateless, because the United States does not recognize my birth certificate,” Palacio said.

Glossary of Terms:
Refugee: A person who has had to leave home because of war or other violence, environmental disasters or a bad economy that leaves them unable to get jobs or make enough money.