Imagine Peace: Activists Call for an End to Gun Violence

In March 2015, New Yorkers Against Gun Violence (NYAGV) participated in a creative approach to change people’s perceptions about guns. Along with States United to Prevent Gun Violence, an organization of 30 gun violence prevention groups, they created a fake store called The Gun Shop in Manhattan’s Lower East Side. At The Gun Shop, people who were interested in making their first gun purchase were encouraged to come in and attempt to buy a weapon. Inside the store, customers were shown replica guns and told a tragic history behind each weapon, as though the firearms had been used in real killings. The stories were meant to inspire second thoughts about owning a gun.

Gun violence is an issue that continues to rock the United States. On average, approximately 33,000 people die and 70,000 are wounded by guns every year. Many activists and organizations are working to reduce gun violence by educating the public and advocating for stricter gun control laws. 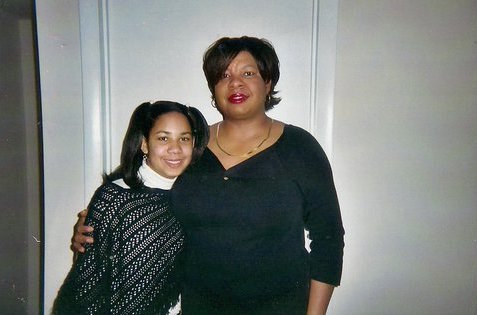 Nardyne Jeffries has personally experienced the devastating impact of gun violence. In 2010, her 16-year-old daughter, Brishell, was killed in a drive-by shooting in Washington, DC. Similar to the fake gun store, Jeffries takes a daring approach to anti-gun violence advocacy: she publicly displays graphic photos of her dead daughter at press conferences, city council meetings and marches, to sway public opinion about guns by showing the gruesome reality of gun violence. “Honestly, I do not think my tactics or NYAGV is unorthodox at all,” she told IndyKids. “I do believe showing the reality of what a human body looks like after being shot may help some. I feel I am a part of a good change and solution to a very deadly problem.” With hopes to inspire gun owners to be more responsible, Jeffries is committed to “whatever it takes to make a strong and necessary impact,” she said.

The Gun Shop was NYAGV’s unique attempt to illustrate the devastating effect of gun violence. In one case, a gun displayed at the store was revealed to be at the center of an accidental death, when a five-year-old found the weapon and unintentionally killed his nine-month-old little brother.

“Our goal was to grab people’s attention,” NYAGV Executive Director Leah Gunn Barrett told the Washington Post. While 60 percent of Americans believe having a gun makes you safer, statistics show that owning a weapon actually increases the risk of homicide, suicide and unintentional death. “It is one of our rights, but my opinion has definitely changed,” said one of The Gun Shop’s customers. “I don’t feel safe with a gun.”

Gun control: Laws or policies that determine who can make, sell, own or use guns.