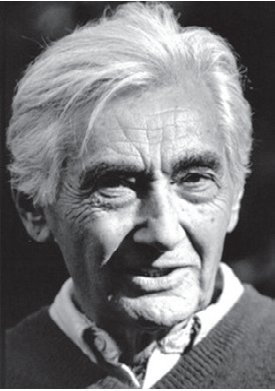 Howard Zinn, author of “A People’s History of the United States”

A People’s History of the United States was first published in 1980. The book was a radical retelling of U.S. history from the perspective of ordinary people. Almost thirty years later, the history book has sold more than two million copies and is taught in classrooms across the country.

IndyKids interviewed author Howard Zinn about his work as a  radical historian.

IndyKids: Why did you write A People’s History of the United States?

Howard Zinn: I realized that orthodox history omitted the point of view of working people, black people, Native Americans, ordinary GIs (soldiers). Instead, the storybooks were full of what presidents did, what laws were passed by Congress, what military victories our nation won.

IK: What’s the most important thing about U.S. history that you want kids to know?

HZ: I want young people to know that they do not need to be passive observers of history made by important people — that they can make history themselves, by becoming part of a social movement.

IK: What do you say to teachers and parents who don’t feel students should know about ugly chapters of U.S. history?

HZ: Young people should know the truth, ugly as it may be. It is not unpatriotic to criticize our own country. Patriotism does not mean obedience to government. It means obedience to the principles that government is supposed to stand for, and when government violates those principles it is the right of people to protest; that is democracy.

IK: Do you have any advice for kids on how to take action to make the world a more just and peaceful place?

HZ: Don’t think you must do heroic things. If you think that, you will not do anything. Great social movements start with lots of people doing small things. Join a group in your school or in your community that is working on some issue you think important. What you do may seem small, but when these small actions merge at certain points in history, progress is made.

2 thoughts on “How to Make History: An Interview with Howard Zinn”