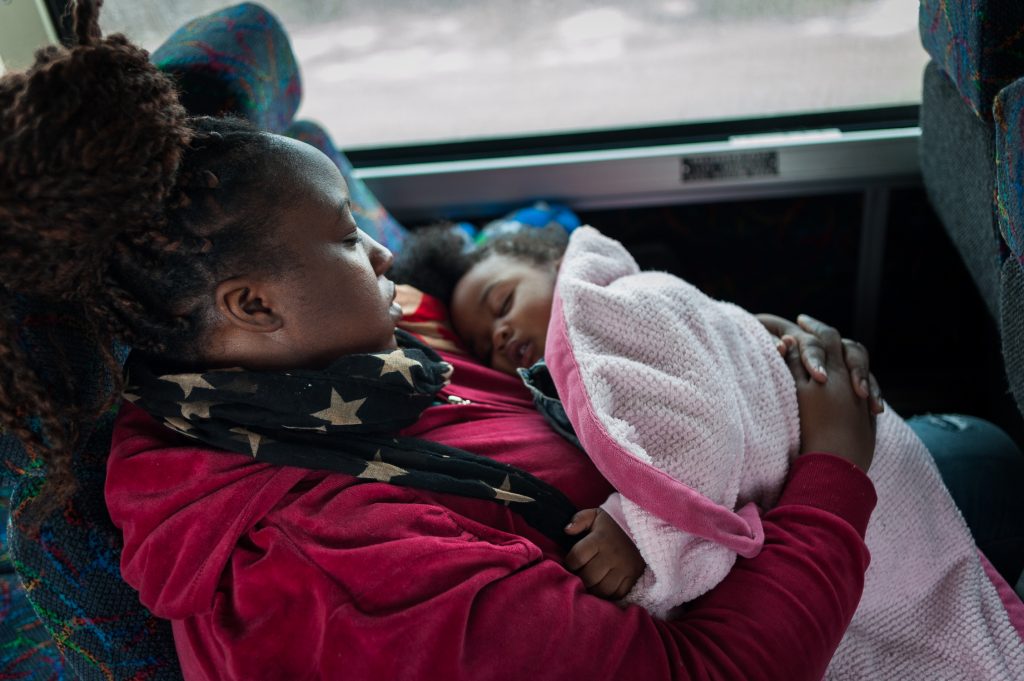 To visit family members in prison, people must ride across the country on prison buses./Jacobia Dahm

When looking at President Trump’s decision to separate families at the border, it’s easy to pretend that something like this will never happen again. However, this ignores the millions of families across the nation that are currently unjustly separated due to mass incarceration.

According to the Prison Policy Initiative, 2.3 million people are being held in prison, jails and detention centers. An estimated 2.7 million children have a parent in prison.

Often a person’s socioeconomic status determines whether they stay in prison, not whether they are guilty or innocent. Half a million incarcerated people in the United States have not been charged with a crime. These people, mostly black and Latino, are only in jail because they cannot pay a cash bail. Forty-four percent of Americans would struggle to pay just a $400 cash bail, let alone the thousands of dollars that cash bail can come to.

Ebony Underwood saw her father incarcerated at a young age and went on to found We Got Us Now, a program devoted to helping those affected by parental incarceration. “My decision to publicly share [my story] helped me to transformatively heal my trauma,” she told Teen Vogue, “and ignited my passion to build a platform …. to educate, elevate, engage, and empower this community of daughters and sons, allies, and supporters through action and advocacy.”

Cash Bail: Money that you pay as a deposit for the release of a person who has been arrested.