How Do You Stay Home Without a House 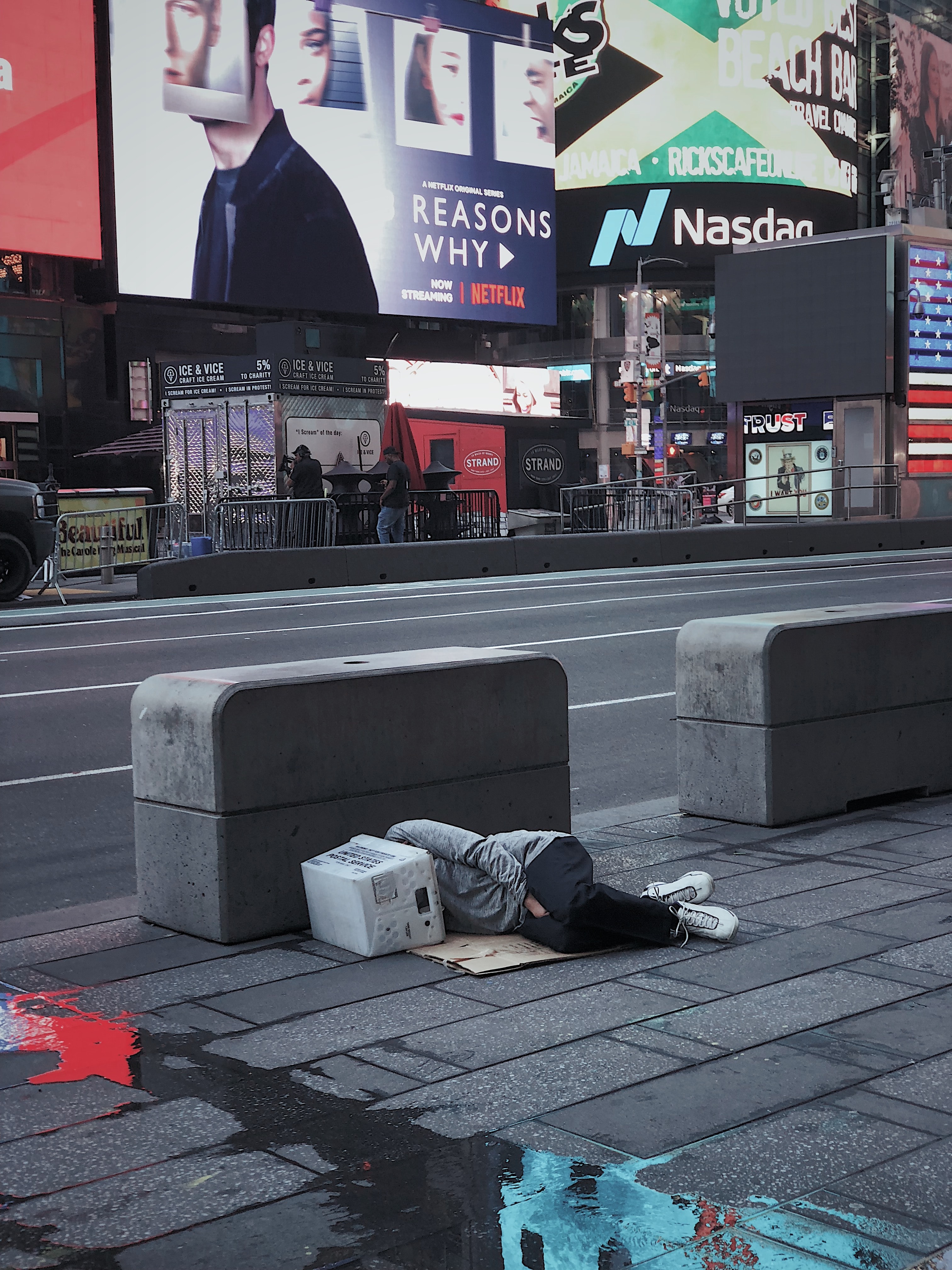 COVID-19 has been ravaging New York City since March 2020. Although the streets are largely empty, if you look closer, you might see a person huddling in a corner, holding up a cardboard sign that reads “Anything Helps.”

More than 70,000 people are unhoused in New York City, according to the Bowery Mission website. On March 20, Governor Andrew Cuomo ordered New Yorkers to stay home, but those without houses are unable to follow this order.

Shelters in the city offer little protection, with self-isolation in these crowded facilities being near impossible. Victoria Wolf, an unhoused New Yorker, told the Intercept that she lives in a Brooklyn shelter with seven other women in her room, while others have 11 to 13 people in them. In the whole shelter there are only two hand sanitizer dispensers, and there are not enough masks for everyone.

The National Coalition for the Homeless (NCH) has sent countless letters to Congress asking for more financial relief for unhoused and at-risk communities. Partially due to these letters, Congress released a third stimulus package, called the CARES Act, to address the economic fallout caused by the coronavirus. The NCH says that this is a step in the right direction, although they are still urging Congress to send more financial relief.

The city planned to secure 500 hotel rooms for unhoused people showing signs of the virus to self-quarantine. But with around 100,000 vacant hotel rooms in New York City alone, there is enough space to help get everyone off the street. Instead, large quantities of unhoused people retreated to the subway, resulting in a citywide MTA shut down between the hours of 1 a.m. and 5 a.m. to disinfect the now “disgusting” trains, according to Governor Cuomo.

During the nine years that Andrew Cuomo has served as governor in New York state, homelesslness has skyrocketed, with the number of unhoused single adults on the streets today up 139% from 10 years ago, as reported by the Coalition for the Homeless. Of the 132,660 unhoused people recorded in the New York City shelter system in 2019, 44,300 of them were children.