Getting Wild With… The Wallace’s Flying Frog 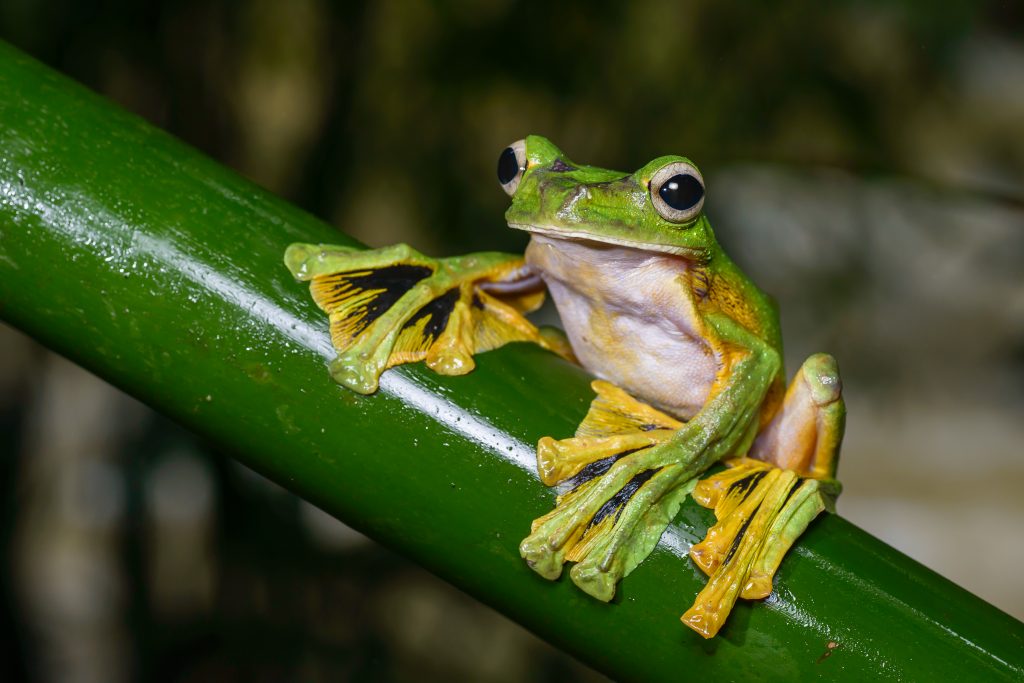 The Wallace’s flying frog is a kind of frog whose unique body structure allows it to fly by gliding. It can be found in the tropical jungles of Malaysia and Borneo living in tall trees. Their feet are webbed with loose skin, called a membrane, between their toes. When they jump, the air is caught beneath the membrane, which helps them glide.

The Wallace’s flying frog is bright green with yellow on its sides. The bottom of their toes is black. They are insectivores, which means that they eat bugs.