Getting Wild With… The Jaguar 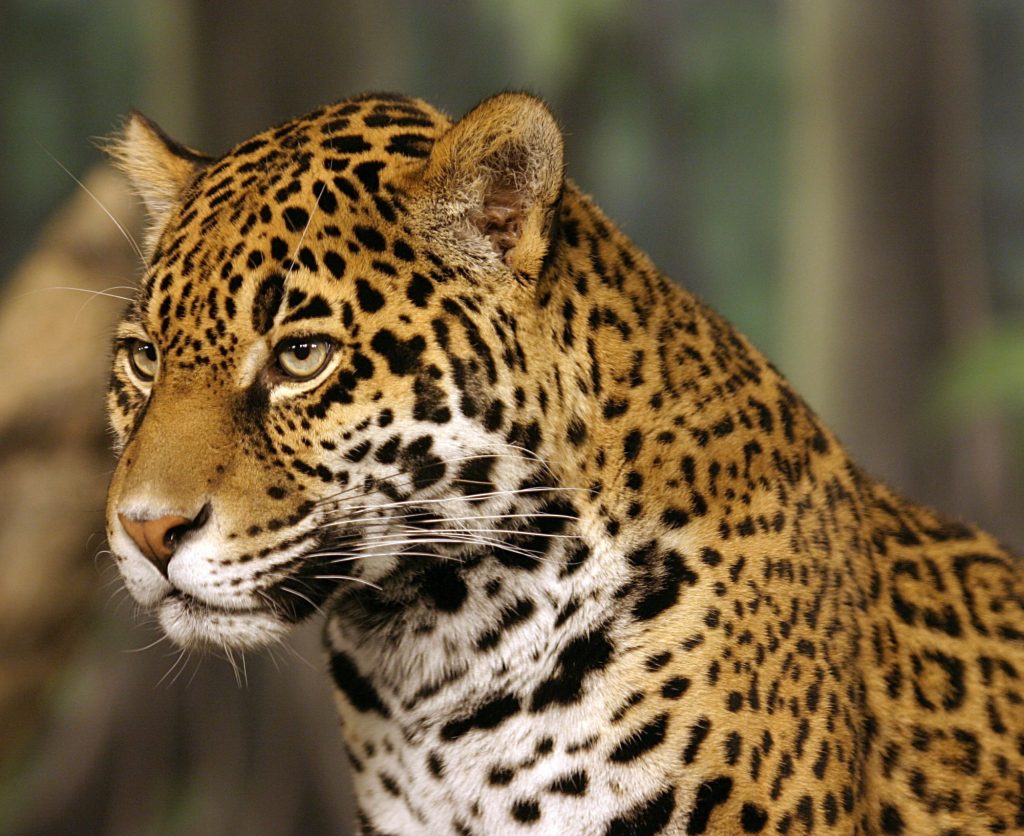 A portrait of a jaguar at the Milwaukee County Zoological Gardens in Milwaukee, Wisconsin. Photo Cburnett

The jaguar is a magnificent feline that conservation groups say will face extinction in the near future unless humans change their behavior now.

The word “jaguar” comes from the indigenous Tupian word “yaguara,” which means “beast of prey.” The jaguar is the third-biggest cat in the world — after the tiger and the lion — and the largest cat in the Americas. It can be found from the southwestern United States to as far south as Argentina, but because of habitat loss and hunting, the majority of jaguars live in the Amazon rainforest in Brazil.

An adult jaguar can grow up to six feet long, 30 inches tall, and have tails as long as two to three feet. Its spots resemble roses and are therefore known as rosettes. The jaguar has a powerful jaw, which results in a powerful bite, which is good for hunting. It’s strong enough to bite through the hide of a crocodile and the shell of a turtle.

In 1972, the jaguar population started to decrease due to the clearing of their habitat for logging wood and creating space for cattle ranching. Other threats to the jaguar include poaching. Their fur has been used for clothing, and their teeth and claws to make bracelets and necklaces, although killing jaguars for clothing has decreased in recent years due to the success of anti-fur campaigns.

But the loss of habitat is its biggest threat. Less habitat isolates their populations, making it more difficult to breed. It also means jaguars’ prey is reduced. This leads them to hunt livestock and be killed by people.