By Tseday Williams, Kennedy Salley, and Shiloh Giddings, All Age 9 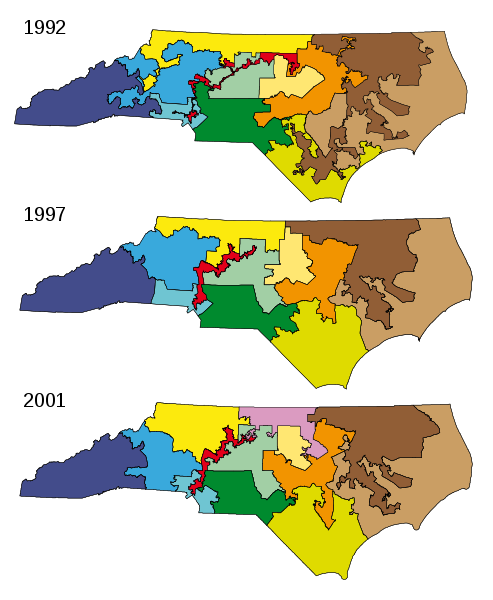 “I’ve never run a race with so many twists and turns,” said an out-of-breath local resident named Matt, after completing the slightly more than five-kilometer Gerrymander 5K race in Asheville, NC, on November 4, 2018. The race zigzagged through the streets of West Asheville along the dividing line between the state’s 10th and 11th congressional districts.

Gerrymandering is a process that seeks to redraw the lines of a voting district to give an unfair advantage to one political party over another.  Redrawing the map usually takes place every 10 years, based on the US Census, but the political party in power has the most say over how the maps are drawn.

In designing the Gerrymander 5K, the League of Women Voters aimed to point out the absurdity of North Carolina’s redistricting by Republicans, which effectively transformed the state’s 7-6 Democratic congressional majority before the 2010 Census to today’s Republican majority by shifting Democratic-leaning neighborhoods into safely Republican districts. ““We did a study and we found that North Carolina is among the top three states for bias. It gives

Republicans a 10-3 bias in a state that votes 50-50,” notes Michael Li of the Brennan Center’s Democracy Program, whose work focuses on redistricting, voting rights, and elections.