‘FLOW’: For Love of Water 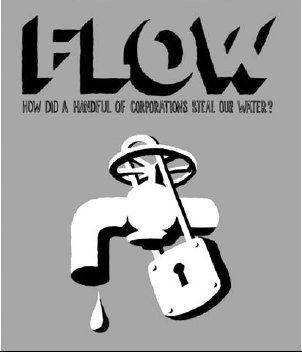 The documentary Flow, directed by Irena Salina, is about the lack of drinking water on planet Earth. The film demonstrates ways countries have solved their water problems.

For example, when a village in India ran out of water, the townspeople dug a huge trench to collect rainwater, and now they have enough to grow abundant crops. Others use UV light to clean the water, so the residents don’t have to drink dirty river water. The cost of the clean water is only two dollars per year per person.

Flow is also useful as a way to teach viewers how to resist corporate privatization of water through protesting and other forms of direct action.

150 gallons: That’s how much water the average U.S. resident uses per day.