Environmental Racism: How Communities of Color Are Disproportionately Impacted by Pollution 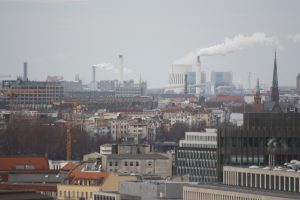 Due to a history of segregation and racism in the United States, communities of color are often forced to live in polluted and hazardous environments at a disproportionate rate. Because of this, community members can experience health issues such as asthma, cardiovascular issues, lung disease and cancer.

Some argue that industrial zones provide jobs. However, according to a study by economists at the University of Massachusetts–Amherst, that is not the case. As one resident of White Castle, Louisiana, told the researchers, “The jobs all go to White guys who drive in from elsewhere in pickup trucks.” Michael Ash, one of economists who led the study, said the data “suggest[s] that there is a profound lack of economic return or benefit to communities of color who are living strongly exposed [to pollutants].”

Some of the solutions that are being proposed include becoming greener as a society, as well as more equitable housing access and urban planning. There has been some progress with the Green New Deal, a bill introduced by Rep. Alexandria Ocasio-Cortez that aims to address climate change and push for environmental justice. However, there’s a long way to go for such a policy to become law.

Predominantly – Mainly; for the most part.

Segregation – The action or state of setting someone or something apart from other people or things, or being set apart. For example, there is a long history of government-supported housing segregation in the U.S., as documented by historian Richard Rothstein.

Disproportionate- An unequal amount, too large or too small in comparison with something else.Industrial zones – An area zoned for industrial environment.