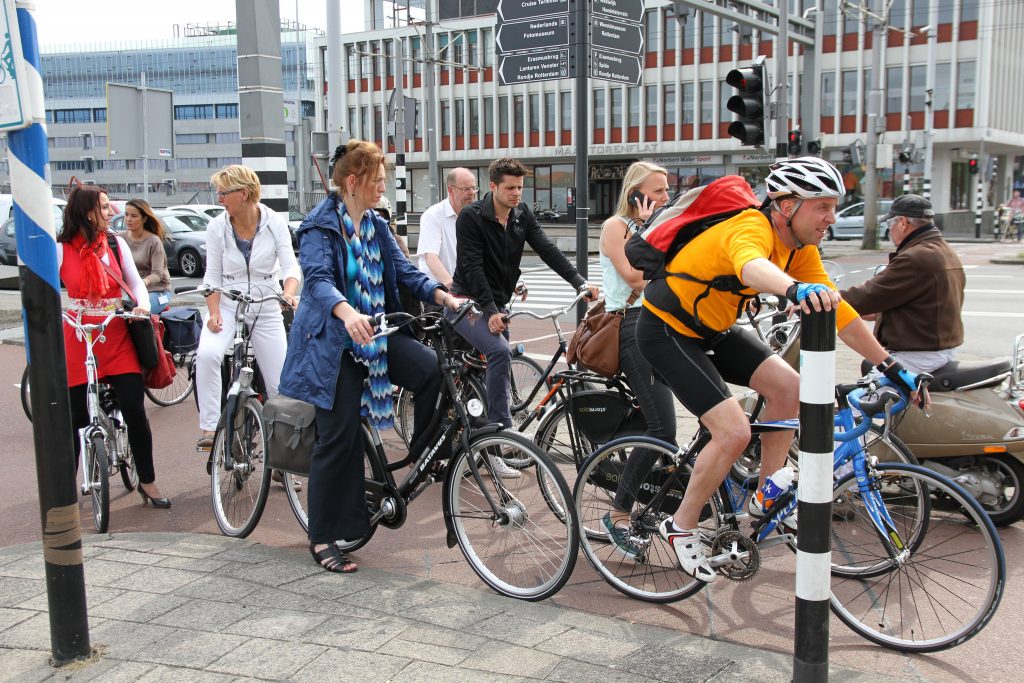 FLICKR / Marco Zanferrari
Plastic roads will first be tested on bike lanes like this one in Rotterdam. Cycling is very popular there.

In 2016, France launched the world’s first solar panel road. Who knew plastic roads would be next? Dutch company VolkerWessels is creating eco-friendly roads composed entirely of plastic. Designed to last three times as long as normal asphalt roads, VolkerWessels’ roads reuse large quantities of plastic that would otherwise pollute the environment. Inventor Anne Koudstaa says, “If you have a plastic bottle, you only use it for one hour and throw it away, and after that, it’s going to be burned. It’s a waste of all the energy that’s put into the plastic bottle and the materials that are used to create it.”

Asphalt roads release an estimated 1.6 million tons of CO2 into the atmosphere every year, and VolkerWessels hopes these new roads will lead to a significant reduction in carbon emissions. According to a statement on their site, the company is “looking to use plastic from the oceans” to build these roads, thus reducing the massive patches of plastic garbage floating in the Pacific Ocean, too.

While plastic could potentially release harmful gases due to melting, these roads would be able to withstand temperatures as low as -40 degrees and as high as 176 degrees Fahrenheit. Because plastic road pieces can be added or removed quickly without digging up the whole street, these LegoTM-like modular roads could reduce traffic jams by decreasing the amount of maintenance time roads require.

Rotterdam, a city in the Netherlands, has agreed to test VolkerWessels’ roads on bike paths. If successful, plastic roads may provide an innovative way to help cities and highways become more eco-friendly.