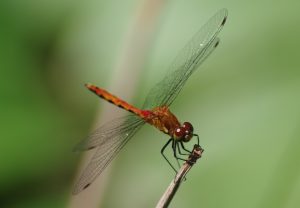 A recent study published in the journal Biological Conservation shows a steep and steady decline in insects. The study says that more than 40 percent of insect species are disappearing globally and a third of species are endangered. The main sources of this decline are industrial-scale, intensive agriculture and climate change. Industrial-scale agriculture is harmful to insects because of the use pesticides, as well as the destruction of natural habitats. The authors noted that organic farms had more insects but climate change is also contributing to the loss of insects.

Other species have been affected by this decline, as insects play a key role in all ecosystems—as food for other creatures, pollinators and recyclers of nutrients. Animals such as reptiles and birds, that feed on insects, will have a limited or no food supply, leading to starvation and death. The study’s co-author, Francisco Sánchez-Bayo, an environmental biologist at the University of Sydney, Australia, told The Guardian, “If insect species losses cannot be halted, this will have catastrophic consequences for both the planet’s ecosystems and for the survival of mankind.”