Double Win for the Fight for $15 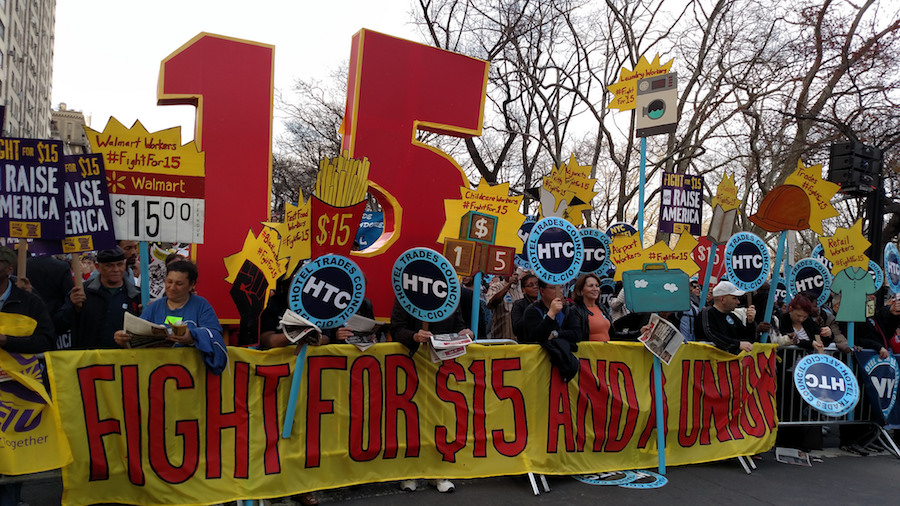 In April, New York Governor Andrew M. Cuomo and California Governor Jerry Brown both signed bills to raise the minimum wage to $15 per hour in New York state and California. California will also give workers 12 weeks of fully paid family leave, while New York workers get six weeks. The bills were signed into law after years of demonstrations and organizing efforts by the Fight for $15 movement. Two weeks later, protesters were back in the street, demanding a $15 minimum wage for all Americans. The new minimum wages can potentially take six years to go into effect.