Does Your Food Have Cooties? 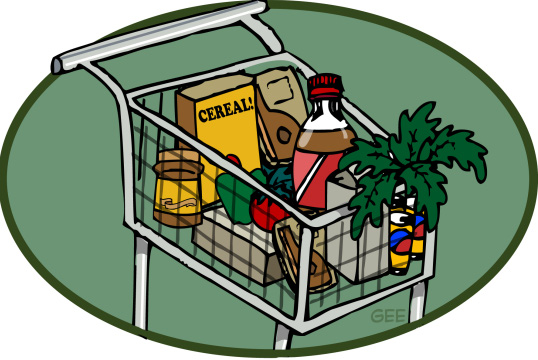 The contamination of thousands of peanut products that sickened 600 people and killed at least nine in recent months has led many people to question the safety of the food we eat. But the food safety problem isn’t just about peanuts. In the last several years, foods such as peppers, meat and milk have also been recalled due to contamination from harmful substances. Every year, 76 million people in the U.S. are made sick and 5,000 die from eating contaminated food, according to the Centers for Disease Control and Prevention.

Many different federal, state and local agencies are responsible for overseeing food safety. Because so many agencies are involved, this system makes it hard to regulate foods. In addition, many of the agencies that are supposed to keep our food safe often rely on the food processing companies to test their own products rather than send an outside inspector.

In the case of the peanut contamination, the U.S. Food and Drug Administration (FDA) found that the Peanut Corporation of America knew about its contaminated products, but shipped the food for sale anyway.

“It’s time for Congress to fix FDA’s broken food safety system,” said Wenonah Hauter, Executive Director of the nonprofit consumer organization Food and Water Watch. Her organization is advocating for a bill in Congress called the Food Safety Modernization Act that would give the government more power to inspect food plants and make sure they are safe.

What’s Wrong With Our Food?

January 2009: Two studies found mercury in high-fructose corn syrup, a sweetener made from corn used in many food products including soda pop, cereal and cookies. Mercury is a toxic substance that should not be ingested because it causes harm to body organs and the immune system.

July 2008: Jalapeño and Serrano peppers grown in Mexico were identified as the source of a salmonella bacteria outbreak. At least 1,200 people fell ill, with 229 reported hospitalizations and two deaths.

January 2009: The U.S. Food and Drug Administration identified products from a peanut processing plant in Georgia as the source of a salmonella bacteria outbreak. The contaminated peanut products killed nine people and hospitalized 600.

October 2008: Baby formula and some products containing milk were recalled from stores around the world after melamine, a poisonous chemical, was found in Chinese milk products. Melamine had been illegally added to diluted milk products to raise their protein content. In China, at least six babies died and 300,000 became sick by the contamination.

February 2008: A southern Californian meat-packing company voluntarily recalled 143 million pounds of raw and frozen beef products. The meat was recalled after animal rights’ activists released video showing sick animals that were unable to walk being abused and slaughtered for meat.